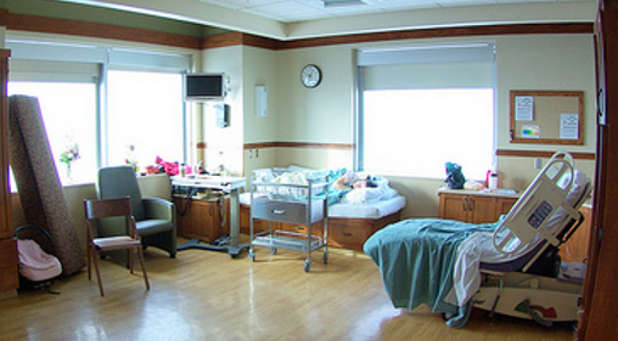 I've had a series of baby dreams over the last decade. One seemed to build upon another but I recently had one that was out of sequence and I believe it explains a lot for many in the body of Christ.

As I travel to minister, hold prayer calls or meet at Awakening House of Prayer, I get more and more confirmation of this reality: Many believing saints feel like they are about to pop wide open with whatever they are carrying—they are pregnant with some purpose, some ministry, some mission that God has given them and that spiritual bun in the oven seems long past ready to come out.

I was in Pensacola in October during the Pioneers of Awakening Conference with Dutch Sheets, Rick Curry, Ken Malone and Ron Teal when I had a significant dream that expressed the frustration so many feel. In part one of this series on birthing your prophetic purposes, I'm going to give you a key that may bring some relief.

In the Waiting Room

I was sitting in a chair waiting to go into the delivery room to give birth. I was extremely uncomfortable in just about every way. My back was hurting. My ankles were swollen. Sitting in the straight back chair was awkward but walking was no better. And nobody was moving. No one was coming in and no one was coming out. That's when I spoke up.

“Let me go in. I need to deliver this baby.”

“No, it's not time yet,” said the attendant.

I sat a while longer and the scenario repeated.

“Let me go in. I need to deliver this baby.”

“No, it's not time yet,” said the attendant.

“Yes, it is. Can't you see I'm about to bust wide open? I'm going to have this baby right here in this delivery room!”

My urgent pleas did not move the attendant. He would not let me go in. I remember feeling frustrated and starting to grow angry. Couldn't they see that I was overdue and this baby was ready to come out? Why wouldn't they let me deliver?

The next morning, Dutch was preaching a message and in it he said something that eased my frustration. Of course, he had no idea I had this dream. I didn't tell him until the luncheon. It was as if God was speaking through him to give me the answer to why the attendant would not allow me to go into the delivery room.

Dutch explained that sometimes it's the enemy stopping us from birthing the thing God has given us to carry. That, of course, is what I assumed was the issue and why I was so frustrated in the dream. But sometimes, Dutch said, you haven't delivered because the body of Christ is not yet ready to receive what you are birthing. I bore witness with those words and it eased my frustration.

If you've been frustrated because you haven't seen the purposes and plans of God He has given you to birth—because you haven't seen the prophetic words come to pass—it could be the enemy. But it could very well be God's timing is not yet just right. So, by all means, ask Holy Spirit if there's a demonic hindrance but also prayerfully consider that God's timing has not yet arrived because He's preparing the body of Christ to receive what He's birthing through you.

In part two of this series, I'll share what happened to me on an airplane less than a week after I had this dream. Be sure to subscribe to my newsletter to get the next installment.

Jennifer LeClaire is senior editor of Charisma. She is also director of Awakening House of Prayer in Fort Lauderdale, Florida, and author of several books, including The Next Great Move of God: An Appeal to Heaven for Spiritual Awakening; Mornings With the Holy Spirit, Listening Daily to the Still, Small Voice of God; The Making of a Prophet and Satan's Deadly Trio: Defeating the Deceptions of Jezebel, Religion and Witchcraft. You can visit her website here. You can also join Jennifer on Facebook or follow her on Twitter.