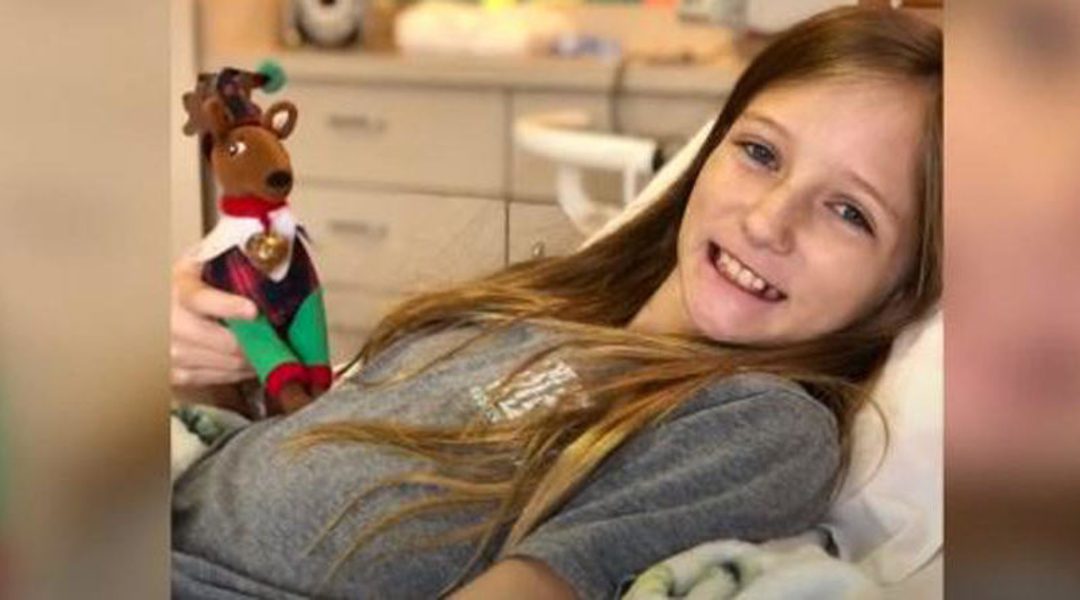 11-year-old Roxli Doss was diagnosed in June with an inoperable brain tumor. It was specifically diagnosed as ‘diffuse intrinsic pontine glioma,’ also known as DIPG.

DIPG is, “very rare, but when we see it, it is a devastating disease,” said Dr. Virginia Harrod of Dell Children’s Medical Center of Central Texas. She continued saying, “You have decreased ability to swallow, sometimes vision loss, decreased ability to talk. And eventually difficulty with breathing.”

Miracle Healing Received
Roxli underwent radiation treatments for a number of weeks after her diagnosis. And her parents were told that there is no cure. But being people of faith, Roxli’s parents prayed for a miracle healing. And the miracle healing was received! Roxli’s dad, Scott, said, “Praise God we did!”

Dr. Harrod said, “When I first saw Roxli’s MRI scan, it was actually unbelievable. The tumor is undetectable on the MRI scan, which is really unusual.” Doctors have no explanation as to why the tumor disappeared.

But Roxli’s parents know that God answers prayer and are thanking Him for His goodness. Roxli’s mom, Gena, said, “Everyday we still say it. It’s kind of our family thing that God healed Roxli.”

There is no trace of a tumor but doctors are still monitoring her. But Scott Doss said, “She is just as active as she ever was.” Roxli is now healthy and enjoying her hobbies, such as horseback riding.