A Time of Great Awakening 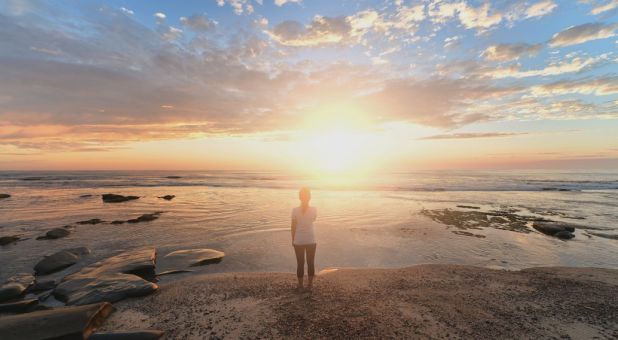 “It’s time! Arise, for I AM causing a great awakening!

COUNTDOWN TO AWAKENING by Amie Rogers

“This ticking clock is a countdown! The alarm will be sounding soon and this battle you’ve been fighting, the answer you’ve been relentlessly waiting on, is coming to an end! You will not battle that thing anymore. You won’t wait for that answer any longer!” The Lord spoke these words as I once again heard the sound of a ticking clock. This clock is continually keeping time, even when we are not. It is set to Heaven’s Time! We are on Heaven’s time, not our own; and it is Perfection!

There has been a massive shift taking place this year, where Heaven is moving everything into alignment. This alignment is bringing about a great awakening! The church is marching forward on the front lines of this awakening! We are breaking out and marching forth into the purpose Heaven has always intended. Each step forward and every word spoken is being injected with His Power and Authority!

Throughout the Gospels, the disciples walked under Jesus’ authority, direction and commissioning everywhere they went.“He called his twelve disciples to him and gave them authority to drive out evil spirits and to heal every disease and sickness.” Matthew 10:1 (NIV)

“Heal the sick, raise the dead, cleanse those who have leprosy, drive out demons. Freely you have received; freely give.” Matthew 10:8 (NIV) We have been given and filled with Holy Spirit, now how much more do we have to walk in?! Each step forward and word spoken WILL manifest His Glory and Power!

As we approach Easter, Resurrection Sunday, we are reminded of the price paid for us all. Each day we have been gifted is a manifestation of the sacrifice made and this miraculous event! As we continue to march forward in obedience and under the Lord’s directions, we will be used to manifest unexpected and unconventional miracles!

There is a breaking apart and breaking loose of old mindsets, wrong identities and chains of the past! We are walking forward in unprecedented favor; with breakthrough in ways we’ve never seen before! I see a fresh fire rushing in over many bodies, healing areas that have been prayed over for years. There will be miraculous wealth transfers happening in the finances of those surrendered! While an increase in dreams and visions, new mantles and giftings fall on those diligently seeking Him in their quiet place!

There is a deeper wisdom coming and blueprints being downloaded to those you would never expect. There are unconventional creative miracles pouring out on the most “unlikely” people. I see unprecedented favor over each one of us; where people will literally be falling over themselves to help us accomplish the work the Lord has put our hands to. Those that have been washed over and wrecked by this love affair with God are being brought out of hiding. All those that have felt like caged birds are being released to fly – none of them are leaving in selfish ambition. They are like the dove, bringing back new life to the boat!

Much of what has been heard and felt in the spirit about a great awakening of God’s people has intensified over this month. As I sought the Lord for clarity as to what is to come, he gave me His confirmation through an incredible vision.

I was immediately taken to a dark drab city where the tall buildings stretched so high that they nearly blocked most of the sky. What little sky could be seen was cloudy and grey. As I sat watching this vision form, I was suddenly standing on a black tile floor. The contrast of the tile against my white sneakers caught my eye as an elevator door opened before me and I stepped in. No one else was inside as I took in the dark, plain walls around me. The elevator began to move upward, smoothly accelerating, not stopping until I had gone far beyond what I could image the building’s height to be. The doors opened and bright light beamed in. Before I could step out, the walls fell away. I was on a platform high above the building, the sun blazing as it rose in the east. It was gleaming brightly as it as it crested above the mountain; a rainbow of yellow, orange, pink and red. As I looked around, I noticed many others standing on individual platforms above the top of the building they once occupied. We were all overwhelmed in the brilliance of the light. I saw the word “ARISE” form in the air before me – large white letters with rays of bright white blasting from behind in every direction. The sun began to rise higher in the sky and above it the word “AWAKEN” beamed in a yellow so magnificent I cannot find words to describe it.

We each began to cry out – not a cry that could be understood, but a massive cry of the spirit, one that cannot be contained or discerned by man, but only by the Spirit of God. The cries became louder as many others began to arise to this skyline of splendor. The cry growing louder with every voice that joined in. A shaking in the atmosphere began, yet we stood firmly planted on the high place that the Lord brought each one of us to.

As I stayed in worship in the natural, I cried out, “Come, Lord, Come! My need for you is so great! I will not stop crying out to you! My God, I long to know what you are asking of me and the many who are waiting.” “Why do you call me, ‘Lord, Lord,’ and yet don’t do what I tell you?” Luke 6:46 (GNB)

The Lord said, “There will be a convergence of the natural and the supernatural where many who have risen are awakening and causing the world in which their spirit is most active, to converge into the world of the natural. A power never seen by the body of Christ will rise up and awaken the universe. The Heavens will open and the cries of angels will fill the airwaves with the resounding of great joy. Heaven will begin to pour upon the Earth, transforming it into the world God originally intended it to be. Those lifted to the Heavens will leave the safety of platforms and walk amongst the people, ministering to those that are lost and wandering; not only those gathered in worship.

Lives will be transformed in the marketplace. As the church awakens, it will begin to move. The Body of Christ will begin to walk the street once again – performing miracles – giving sight to the blind and life to those left behind for dead. This Body of Christ will grow, one believer at a time. Numbers will rise and Heaven will rejoice at those they witness receiving salvation.”

This season of Kingdom growth will be unprecedented – it will be marked by God and His miraculous ways! His presence will be undeniable, as His glory covers the Earth. As we cry out to Him, we must be willing to listen!

Anne Marie Molster is a wife and mother of two daughters who shares the heart of the Lord through her prophetic writing. After standing strong in her faith through many seasons that could have easily defeated her, her passion is to give hope to others by showing God’s deep compassion for His children while instilling the belief that they can do anything through Christ who strengthens them. She prays that they will find great faith in what is unseen, rather than what is seen in the natural. Through her testimony and the many signs and wonders that Anne Marie has experienced, she wants others to see God as their Father in Heaven who is constantly working on their behalf, working all things for the good of those who love Him.

Amie Rogers is a lover of Jesus Christ, a wife and mother of four who operates in the gift of the prophetic, processing life through her writing. Having lived through many triumphs and tragedies she has been gifted with plenty of humility and some wisdom. Amie has been moved to share her journey with absolute transparency. She is compelled to show others the redemptive, restorative and healing power of Jesus through encouragement, prophetic words and His healing touch. Her mission is to speak His Life & His Love, inviting others in to hear the Lord’s heartbeat for them.

Together, Anne Marie and Amie have started a ministry based on raw & real life conversations with Biblical perspectives.