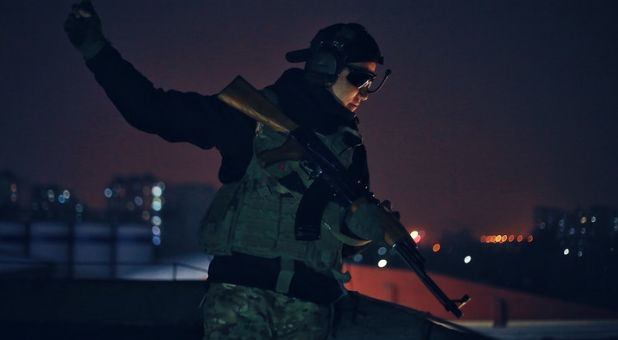 God has been speaking to me a lot lately about the watchman and guardians arising in this hour. Standing up and manning their post. Watchman is described as “a member of a body of people employed to keep watch in a town at night.” So while their duties are similar. A watchman sees the danger and runs to warn others, but a guardian protects, defends, and keeps his city from danger. He keeps the enemy from entering in and ravaging the goods that await inside.

The Lord has been speaking to me vividly these last few days as I have had dreams of mighty men and women of God being taken out. A good friend of mine also had a similar dream that she shared with me this morning where the keepers of the house were being assassinated, and the spirit of the Lord spoke to me saying, “the enemy is after the guardians!”

But do not be naive of the enemy’s devices either. We are still at war. The greatest days of victory and triumph will not come without the greatest days of war and contend. War is won through soldiers moving strategically in warfare.

Since the death of Evangelist Billy Graham there has been a major shift in the spirit realm, just like it has been prophesied. I felt it with every ounce in my being as that mantle fell over the earth for those who were hungry to reach up and grab ahold of. But let me say this, that mantle comes at a cost.

Luke 14:28 tells us “For which of you, intending to build a tower, sitteth not down first, and counteth the cost, whether he have sufficient to finish it?” The anointing comes at a cost. When God released that mantle it was a charge for the children of God to arise, ready for battle and ready to advance. It’s not just picking up a mantle, it’s picking up a Mandate.

Since this shift, while some were looking to the left there was a wave of warfare coming from the right. I saw in the spirit, the enemy was uncovering a pit of snakes and he then unleashed them as the spirit of python began to slither into the churches, attempting to strangle and ensnare the people of God. Many got hit with intense headaches, intense warfare as the python spirit began to clench its grip tighter. If you have been suffering this attack, I break it off of you now in Jesus name!

I see God activating and awakening the guardians. The ones who have covered their city’s through prayer and travail. The ones who see the attack of the enemy from afar and will stand in the days of battle. Intercessors I see fresh fire getting ready to hit your belly unlike ever before. I see God waking you up in the middle of the night with the burden to travail. I see new dreams and visions being released to you. Pick up your sword and shield and do not leave your post.

Tyler Medina is a revivalist and emerging prophetic voice in love with Jesus with a heart to see the world changed by the power and love of God. Currently residing in Medford, New Jersey, he is currently finishing his book titled, Run Away Bride: Returning to the alter of Christ, a book that is triggered to unveil our identity, and answer “who we are, and what it means” to be the bride of Christ. He is Currently launching Forged by Fire school of ministry with a heart to equip, train, and activate the body of Christ in this hour and return the apostolic mandate of the church. Raising and training true disciples that will change the nations and impact eternity for the glory of God!