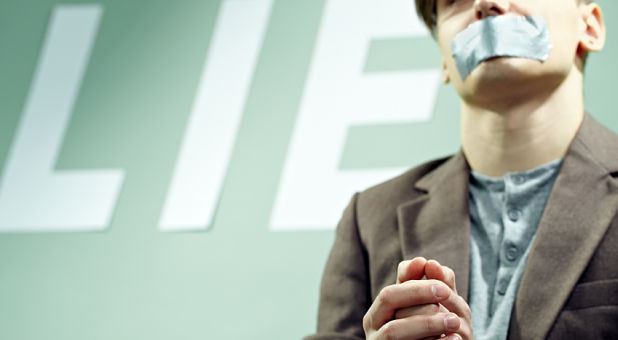 Put your belt of truth on and get ready for the ride.

In case you hadn't heard, bishops and deputies at the Episcopal Church's 78th General Convention just gave a green light to what they are calling “gender-neutral marriage.”

The abominable rite ushers gay marriage into the 1.8 million-member denomination and officially ushers the Episcopal Church into full-blown apostasy. The timing is certainly strategic with the Supreme Court ruling in favor of same-sex marriage. (If you missed it, read my column: “Judgment or Awakening: My Response to America's Great Fall.”)

The Episcopal Church's move doesn't come as much of a shock, but it's a shame.

Here's the backstory: In 2012, Episcopalians authorized a “provisional rite” for the blessing of same-sex unions. That rite included an option for bishops in states where same-sex marriage was permitted to exercise “generous pastoral response” and allow use of the rite for same-sex marriage.

The 2015 rite does not alter the Episcopal Church's Book of Common Prayer, which still describes marriage as exclusively between a man and a woman. But what does that really matter? It's all semantics in God's eyes.

Again, this doesn't come as much of a shock but it's still a shame. Apostasy is rising and rising fast.

Incoming Presiding Bishop-elect Michael Curry of North Carolina has long been a proponent of same-sex blessings, allowing them in his Raleigh-based diocese beginning in 2004, long before most Episcopal Church dioceses did so. Curry was also a vocal opponent of the North Carolina referendum limiting marriage there to a union of one man and one woman.

Thankfully, solid Christian voices are speaking up and speaking out.

Following the bishops' vote, for example, Archbishop of Canterbury Justin Welby, titular leader of 80 million Christians in the global Anglican Communion voiced “deep concern” about how the decision “will cause distress for some and have ramifications for the Anglican Communion as a whole, as well as for its ecumenical and interfaith relationships.”

“Officials with the Episcopal Church have enacted policies that the vast majority of Anglican Christians refute as contrary to both Scripture and the tradition that has been passed down to us,” he says. “Bishops making these changes have chosen to align themselves with culture rather than the Bible, which puts forth a model of marriage and family life upholding marriage as exclusively between a man and a woman.

Walton rightly says that the vast majority of global Christians affirm traditional marriage. Unsurprisingly, he says, there are no bishops in an official capacity from the Church of England here at General Convention, let alone from Roman Catholic or Eastern Orthodox churches.

“In enacting this marriage rite,” Walton concludes, “Episcopalians are unilaterally redefining marriage and further distancing themselves from Christendom.”

Although the Great Falling Away is going to happen because it's prophesied in Scripture, I am contending for a revival—a Great Awakening—that will sweep through the nation and cause people to turn back to God. I will not give up. The arm of the Lord is not too short to save, nor His ear too dull to hear (Is. 59:1).

In April, I released a book called The Next Great Move of God: An Appeal to Heaven for Spiritual Awakening. I believe it's the most important book I've ever written. It's time to start an Appeal to Heaven movement because our only hope at this point is God.

Jennifer LeClaire is senior editor of Charisma. She is also director of Awakening House of Prayer in Fort Lauderdale, Florida, and author of several books, including The Next Great Move of God: An Appeal to Heaven for Spiritual Awakening; Mornings With the Holy Spirit, Listening Daily to the Still, Small Voice of God; The Making of a Prophet and Satan's Deadly Trio: Defeating the Deceptions of Jezebel, Religion and Witchcraft. You can visit her website here. You can also join Jennifer on Facebook or follow her on Twitter.