Get Up, Aim Your Battering Ram, and Advance the Kingdom of God 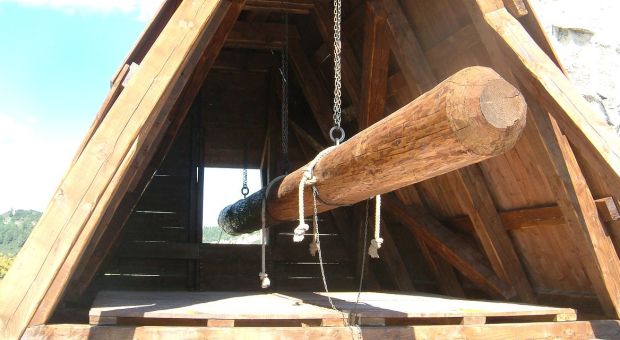 There’s been a changing of the guards.

God has changed the guards at the spiritual gates of the earth. It is time to bring freedom to the captives and usher in the Glory of God. He has set forth the Power Intercessors armed with the battering ram to advance the kingdom of God. I see them as God’s special forces of end-time warriors that will supernaturally disarm the enemies of God standing at the gates trying to keep the Kingdom of God out. God is calling for us to pick up our spiritual battering ram in intercession and pound the spiritual gates until they fall down and we cross over into the land that God has given us. (Power Intercessors Resource: Apostle Jennifer LeClaire at http://365prophetic.com/god-is-raising-up-a-new-breed-of-power-intercessors/)

During my intercession today God had my mind to focus on the words battering ram. I knew immediately where God was going with this as I was decreeing his word of deliverance and breakthrough. Ezekiel 4.2 (The Voice) says, “Then lay siege against it: build a wall around it and place a siege ramp against it; prepare to attack it by placing tiny battering rams and pitching tiny camps around it.” After I finished my prayer time I sensed that God wanted me to write about the battering ram. So with my pen in hand, I sat at my computer and began to pen this word.

Merriam Webster’s Online Dictionary defines the term, “Battering Ram” as 1: a military siege engine consisting of a large wooden beam  with a head of iron used in ancient times to beat down the walls of a besieged place, 2: a heavy metal bar with handles used (as by firefighters) to batter down doors and walls. This reminded me of the times when I was serving in Korea as a Missionary Pastor. I visited a lot of the ancient Korean monuments or buildings. There was one fortress that I visited that clearly remains in my memory. This was not actually a battering ram, or at least it wasn’t presented to me that way although it did look like one and I believe could be used as such. This tool or equipment’s purpose was to sound the alarm by using it to batter against another tool or element that would make a large “gong” sound.

Why do I mention this? Well, it is time to sound the alarm for the end-time warriors with the breaker anointing to go to the spiritual gates and use the battering ram until the gates fall down. We have to beat these demonic strongholds down with the word of God and the spirit of God. The more intercessors that we have breaking through the spiritual forces of opposition, the quicker we can advance the kingdom of God to bring righteousness, peace, joy and the glory of God into our land. How do we do that?

There are many different strategies that God uses to be that battering ram. First, we start with repentance. You don’t want to go into the battle with an open door for the enemy to reverse that ram against you. Secondly, you can start by praising God through worshiping him and letting him know that you know that he is the one that has given us the victory and that there is no other GOD like him. He is the supreme one. Thirdly, if you have not already crossed over into praying in the spirit or tongues then you can start doing that along with decreeing the scriptures into the atmosphere and environment of your city or region. Lastly, you will have entered by now into prophetic intercession where the Holy Spirit is showing you visions or giving you pictures and words that he wants you to deal with in a certain way. In actuality you will not be going in a straight pattern, but all of these will intermingle with one another.

I want to say one last thing concerning this battle that we are in that I want to remind you of. According to God’s word and I believe every bit of it, “For although we live in the natural realm, we don’t wage a military campaign employing human weapons, using manipulation to achieve our aims. Instead, our spiritual weapons are energized with divine power to effectively dismantle the defenses behind which people hide.[d] 5 We can demolish every deceptive fantasy[e] that opposes God and break through every arrogant attitude that is raised up in defiance of the true knowledge of God. We capture, like prisoners of war, every thought[f] and insist that it bow in obedience to the Anointed One.” (2 Corinthians 10.3-5 TPT) He says, “I will go before you And make the crooked places straight; I will break in pieces the gates of bronze And cut the bars of iron.” (Isaiah 45.2 NKJV) “The One who breaks open the way will go up before them; they will break through the gate and go out. Their King will pass through before them, the Lord at their head.” Micah 2.13(NIV)

d Yvonne Shotwell, an emerging ends-time Prophetic-Apostolic Voice, Educator and Author. She is a member of Victory Church in Tulsa, OK. She has been doing evangelistic-missionary ministry and prophetic intercession for almost 30 years. She has lived and served in Asia for a great number of years and is now beginning to fully transition into a prophetic-apostolic ministry. She has experienced breakthrough throughout her ministry and life and sees the breaker anointing upon her life.  She is the author of “How to Quickly Grow and Identify Godly Fruit,” and “Fruit of the Spirit 31 Day Devotional.” She has also co-authored a book for public school English language learning in South Korea, in addition to many educational and theological articles and papers. She has earned a BBA, MA.Ed, MDiv (Pastoral Studies) with several doctoral courses in Leadership. Her books may be purchased at Amazon.com. www.unleash-your-destiny.com.  She is a part of Ignite Network of prophetic intercessors with Jennifer LeClaire Ministries.