God Is Breaking The Powers That Be 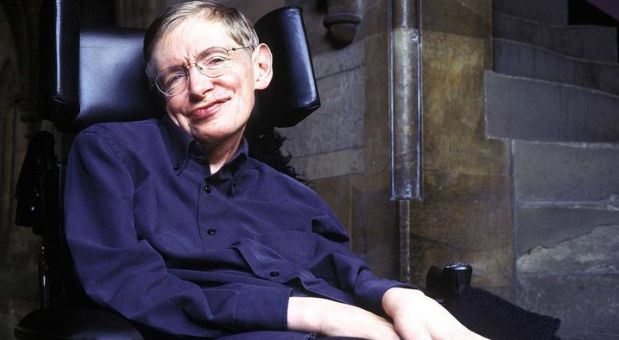 A sobering word for the intercessors.

Today Stephen Hawking , famous Physicist and Atheist, died at age 76. My secular college friends, some of them atheists themselves, posted about how sad they were that he had died. I was sad too, sad that he went to hell unless he repented; but I ignored his death for the most part. Then this afternoon I felt God nudge me to consider him again. A friend pointed out that Billy Graham and Stephen Hawking represent two ends of the spectrum; one represents heaven, the other hell. God then led me to look up Psalm 76. I was shocked. Psalm 76 in the Passion Translation is very prophetic and contains decrees against the vain imaginations of the world that exalt themselves against the knowledge of Christ.

I believe God is decreeing he is attacking the anti-christ spirit in this hour. There is a great deception that is coming upon the earth. This will culminate at the very end of the last days; however the seeds of evil are being sown right now. My mother randomly sent me a video TODAY of this evil new technology. She asked me what on earth it was. With this technology people are being told they can live forever by uploading their “consciousness” (which contains their memories and personality traits) onto this fake, life like body. It was heart wrenching and disgusting to see people selling this deception. This is part of the Transhumanist movement that is picking up steam in the Entrepreneurial world especially. I’ve been seeing Transhumanism promoted, even by name, in magazines such as Forbes this year. Essentially Transhumanism is apart of a belief system that humans can use technology to reach new levels, even immortality. They heavily promote the use of artificial intelligence and see it as a step for humans to literally “transcend the category of being human.” Wanda Alger did a post about”transhumanism” not too long ago. This is nothing more than a fancy new way of saying an old deception: man can become his own god.

This wicked move is arising-symbolic of all the others– and I feel God wants to release a decree into the atmosphere. So for all you intercessors who feel led, decree Psalm 76.
Also pray that God opens the blind eyes of the world. As the Church we have the ability to restrain some of the evil through our decrees. Whatever we bind on earth will be bound in heaven. Nonetheless God will not always strive with man. At some point he will give them over to the evil in their hears. “For this reason God sends them a powerful delusion so that they will believe the lie and so that all will be condemned who have not believed the truth but have delighted in wickedness.”( 2 Thess. 2:11-12) Ultimately , there is still time for repentance. God is releasing the fear of the Lord into the atmosphere to reach the hearts of man and takedown these anti-Christ spirits. God is outstretching his hands today in Grace.

Finally, as you read this Psalm, keep in mind that Stephen Hawking was paralyzed for most of his life and that he loved astrophysics–studying the stars. His death symbolizes a take down of vain imaginations, and a call for the ungodly to repent.

Psalm 76, TPT
To the Pure and Shining One
Asaph’s poetic tune, a song of smiting 1 God is well known in the land of Judah.
He is famous throughout Israel, 2 making his home in Jerusalem, living here on Mount Zion. 3 That’s where he smashes every weapon of war that comes against him.That’s where he uses the broken arrows as kindling for his mighty bonfire. Pause in his presence 4 God, you are so resplendent and radiant![a]
Your majesty shines from your everlasting mountain. Nothing could be compared to you in glory! 5 Even the mightiest of men have been paralyzed by your presence. They were so stunned and lifeless, not even the strongest one could lift a hand. 6 When Jacob’s God roared his rebuke, soldiers and their steeds all fell to the ground, stunned and lying still. 7 No wonder you are greatly feared! You are the awe-inspiring God! For who could ever stand before your face when your fierce anger burns and live to tell about it. 8 As the earth itself holds its breath in awe before you, judgment is decreed from heaven. 9 You arise to punish evil and defend the gentle upon the earth.
Pause in his presence 10 You have power to transform man’s futile anger into praise.[b] The fury of your enemies only causes your fame to increase.[c] 11 So you’d better keep every promise you’ve ever made to the Awesome One, Jehovah-God! Let all people bring their extravagant gifts to him alone.
12 He is famous for breaking the spirit of the powers that be.
And the kings of the earth will know him as the Fearsome One!

Shana Dorsey is an emerging prophetic voice and a member of the Ignite  Network with Jennifer LeClaire Ministries.  She has a passion for leading believers into deeper intimacy with God and revealing to them their identity as the Bride of Christ. Shana also enjoys writing, reading and studying. She holds a bachelors degree in English and has written a book titled Immeasurably More: A Journey to Discovering God as Your Husband. The book can be found on Amazon  and www. shanadorsey.com. You can also connect with Shana on her Facebook page and Instagram. https://www.facebook.com/shana.dorsey