God is Raising Up Leaders Like Daniel – with the ’10x Better’ Anointing! 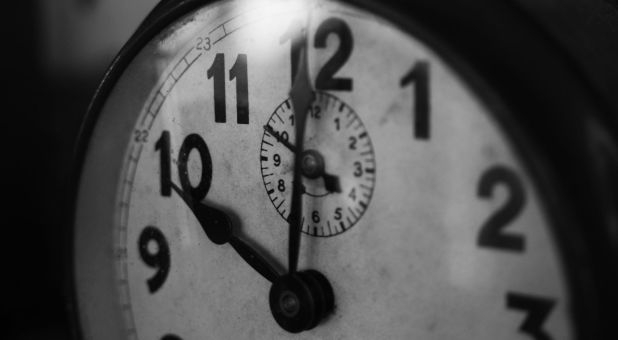 There is an appointed time and lifestyle of consecration that the Lord is bringing upon His people.

The Holy Spirit is bringing a life of deep separation from a number of things. There is a greater level of holiness that the Lord is bringing back to the Church. This isn’t just in terms and matters of dealing with immorality, which is a large part of it, but also treating the things of God as “holy” and getting back to the main thing.

Your Consecration Leads You to Great Promotion

Just like the Levites were separate from the rest of the tribes, this act was “qadosh” or it was holy. They were made holy unto Him. They were considered to be holy and not common. The Lord is consecrating your heart, your mind, your finances, your relationships, your family, and even within your church. The Holy Spirit is consecrating the things that you have had and held onto.

“But Daniel resolved (purposed) that he would not defile himself with the king’s food, or with the wine that he drank. Therefore he asked the chief of the eunuchs to allow him not to defile himself.” (Daniel 1:8 ESV)

Daniel resolved that he would not defile himself. It’s time for you to make a decision to not allow the lesser things to compromise you out of the great. It’s time to purpose yourself to not fall back into the same old patterns but to be renewed in your mind and spirit. It’s time for you to purpose yourself to say “no” to the world and to say “yes” to the Lord. Say “no” to the cheap mixture and say “yes” to the pricey perfume. Say “no” to cutting-corners and overlooking issues and say “yes” to excellence and whole-heartedness.

“And in every matter of wisdom and understanding about which the king inquired of them, he found them ten times better than all the magicians and enchanters that were in all his kingdom.” (Daniel 1:20 ESV)

Prayer is the Earmark of Heaven on Earth

The Discerner Shall Reign

“For the Word of God is living and active, sharper than any two-edged sword, piercing to the division of soul and of spirit, of joints and of marrow, and discerning the thoughts and intentions of the heart. Nothing in all creation is hidden from God’s sight. Everything is uncovered and laid bare before the eyes of Him to whom we must give account.” (Hebrews 4:12-13 ESV)

The Word of the Lord is living and active and it is a discerner! The Lord shall gift you with the spirit of discernment. You shall no longer be fooled nor outwitted but you will walk in wisdom, inside and out. Nothing shall be hidden from you. You will have the mind of the Lord.

God is anointing the Church to be the Ekklesia of discernment – to know what to do and how to do it. To know who to work with and who to deny access to. The gift of discernment is necessary to move further into your calling. You must know if one is a true sheep, a stubborn goat, or a wolf hiding in sheep’s clothing.

In this season, the Lord is unveiling and revealing many false agendas and false people who have been covering themselves as an angel, masquerading in a form of light. “For such men are false apostles, deceitful workers, masquerading as apostles of Christ. And no wonder, for satan himself masquerades as an angel of light.” (2 Corinthians 11:13-14)

You Shall Be Distinguished

You are coming into a season where your discernment, wisdom, and understanding is causing you to be distinguished from those who are on the left and right of you. Esther was highly favored by the king (Esther 2:17). David was highly favored by God. The least of these are become the best of men. The Lord is about to distinguish you because of the prices you have paid and the prayer life of purity that you keep.

“Then this Daniel became distinguished above all the other high officials and satraps, because an excellent spirit was in him. And the king planned to set him over the whole kingdom.” (Daniel 6:3 ESV)

Blameless in His Sight

The Bible records that there was no fault nor error found in Daniel! Hallelujah! This is the way it will be with you! There will be nothing evil found inside of you! There will be no case and no ground for a charge to be set up against you. Because you’ve so prepared yourself and consecrated yourself in the place of prayer, the Holy Spirit will promote you to a place so high that no man, no entity, and no devil can bring you down. It will be by the very hand of the Lord that you will be distinguished. People will not like it and they will try to falsely accuse you and charge you, but the Lord will protect you as He highlights you from those around you.

You will increase in great wisdom and understanding and the Lord will make you ten times better than all of those around you! You will move in the Spirit of excellence and you shall be distinguished in your city and in your generation!

Ben Lim is a dynamic Millennial leader, who currently serves as the senior pastor of His Way Life, in Koreatown, Los Angeles. He is the director of Open Heaven Cry, a missions and revival network, and is a highly sought out international speaker. He is the CEO of Ben Lim TV and is the author of the book Men of Valor. He loves to live life in the fullness as a son of the Most High.