How Pentecostal Churches Took Over the World 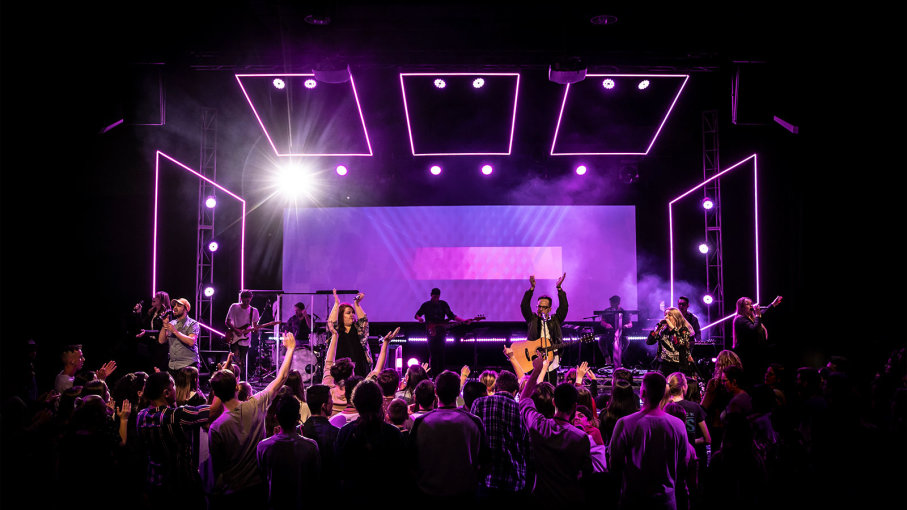 It was the summer of 1906 and something extraordinary was taking place in a tumble-down shack in the industrial outskirts of Los Angeles. Crowds gathered day and night at the Apostolic Faith Mission to be part of the Azusa Street revival, a charismatic Christian renewal movement led by a black minister from Louisiana named William Seymour.

The Los Angeles Times took notice of the unusual spiritual awakening on Azusa Street, describing ecstatic attendees “breathing strange utterances and mouthing a creed which it would seem no sane mortal could understand,” adding that “devotees of the weird doctrine practice the most fanatical rites, preach the wildest theories, and work themselves into a state of mad excitement.”

The Times may have scoffed, but for the thousands of believers who traveled cross-country to join Seymour’s grassroots spiritual movement, there was real power and Biblical truth in all of that “madness.” Their spontaneous and euphoric expressions, known as “speaking in tongues,” were a clear sign that they had been baptized in the Holy Spirit, just as Jesus’s disciples were “filled with the Holy Ghost” and “began to speak with other tongues” during the Jewish feast known as the Pentecost.

Word of the spiritual storm on Azusa Street quickly spread across the country and eventually around the world, launching the wildly popular Christian movement now known as Pentecostalism. Pentecostal worship is famous for its spontaneous outpourings of the Holy Spirit through singing, speaking in tongues and divine healing. Today, just 113 years after the Azusa Street revival, Pentecostals number about 300 million believers worldwide, ranking second only to Catholics as the world’s most practiced Christian denomination.

In the United States, two of the largest Pentecostal churches are The Church of God in Christ whose 6.5 million members are mostly African-American, and the Assemblies of God with 3.2 million members across more than 13,000 congregations.

Pentecostalism and related charismatic Christian movements are among the fastest-growing religious denominations in the world. In 1980, 6 percent of all global Christians were Pentecostals. By 2015, 25 percent of global Christians were Pentecostal with the greatest concentrations in what’s referred to as the “Global South” — largely impoverished regions in Africa, Latin America and Southeast Asia.

Martin Mittelstadt is a New Testament professor at Evangel University in Missouri, and president of the Society for Pentecostal Studies. He describes Pentecostalism as a “renewal” or “restoration” movement within Christianity. Such movements have sprung up now and again when Christians feel like something important about Christ’s original teachings and church has been lost and needs to be recovered.

In the case of Pentecostals, what was lost were the impressive spiritual powers and prophetic callings bestowed upon Christ’s 11 remaining apostles in the New Testament book of Acts, says Mittelstadt. After Jesus was crucified and resurrected, he appeared to his disciples and told them to wait in Jerusalem “until ye be endued with power from on high” (Luke 24:49). That power arrived during the Jewish festival of Shavuot, known in Greek as Pentecost (“fiftieth”) because it takes place 50 days after Passover.

While the apostles and more than 100 other early Christians were gathered together for the Pentecost feast, “there came a sound from heaven as of a rushing mighty wind, and it filled all the house where they were sitting,” reports Acts 2. “And there appeared unto them cloven tongues like as of fire, and it sat upon each of them. And they were all filled with the Holy Ghost, and began to speak with other tongues, as the Spirit gave them utterance.”

Pentecostal pioneer William Seymour and others came to understand this original biblical Pentecost experience as an example of “baptism in the Holy Spirit,” or “Spirit baptism.” Such a Spirit baptism occurs after someone has already converted to Christianity in their hearts by accepting Jesus Christ as their personal Savior (also known as being “saved”), and is separate from a water baptism. To be baptized in the Holy Spirit is to be baptized “with the Holy Ghost and with fire,” as promised by John the Baptist in Matthew 3:11.

Pentecostals believe that the same transformative spiritual baptism experienced by the original 11 apostles is available to all and is necessary to align your life and personal mission with Jesus Christ’s.

“The goal is to reenact 1st-century Christianity,” says Mittelstadt. “They want to relive the book of Acts. And the Pentecost is central to the character of the Pentecostal worldview.”

At the heart of this worldview is the belief that Jesus Christ’s return is imminent. In Acts 2, the apostle Peter explains the disciples’ strange behavior on the Pentecost as a sign that the Second Coming is nigh. He cites the Old Testament prophet Joel, who prophesied that “in the last days… [God] will pour out of [His] Spirit upon all flesh.”

The early Pentecostals saw what was happening on Azusa Street and elsewhere as the long-awaited arrival of the “latter rain,” fulfilling the prophecy that the Holy Spirit would pour down on this last generation before the triumphant return of Christ.

What’s Up With Speaking in Tongues?

Pentecostal pioneer Charles F. Parham was one of the earliest to preach what is now one of the fundamental truths of Pentecostalism, which is that speaking in tongues is the “initial physical evidence” of having been baptized in the Holy Spirit. Spontaneous speech, either in an untaught foreign language (xenoglossia) or through nonsensical divine utterances (glossolalia), is seen by Pentecostals as “proof” that someone has been filled with the Holy Spirit.

For early Pentecostals, receiving the gift of tongues had a functional purpose, too. Once baptized in the Holy Spirit, adherents were encouraged to travel abroad to preach the word as Pentecostal missionaries. Just think of all the money you’d save on foreign language lessons by spontaneously being able to speak Mandarin Chinese or Hindi.

But Mittelstadt wants to emphasize that speaking in tongues was never seen strictly in a utilitarian light. “These experiences were profoundly spiritual for these folks,” he says. “They were also symbolic or metaphoric of a deep and intimate encounter with God.”

Speaking in tongues remains controversial, and is a sticking point between Pentecostals and other denominations of Christians who don’t practice this. (They point out that other Bible verses say “speaking in tongues” should only be done in public if someone is there to interpret the message for the rest of the audience.)

In the early Pentecostal movement, Mittelstadt says that church services used to run for four or five hours straight and include a lot of singing and space for spontaneous expressions of praise through dancing, clapping, shouting and speaking in tongues. The pastor may also ask people to come forward to the front of the church for healing, where he might pray over them and anoint them with oil.

“One of the great contributions of Pentecostals was this new emphasis on praise, on worship, spontaneity and freedom,” says Mittelstadt. “The service is not taking place in front of you, but you are full participants within it.”

Many Pentecostal practices have found their way into other Christian denominations, in what is referred to as the charismatic movement. There are charismatic Catholic, Methodist and evangelical churches.

Modern Pentecostal worship services in larger congregations aren’t quite as spontaneous and ecstatic as their predecessors, says Mittelstadt, who laments the “performance element” that has taken over.

All the World is Pentecostal

The Pulitzer Center’s Atlas of Pentecostalism estimates that 35,000 people convert to Pentecostalism every day, and some of the largest churches in the world are Pentecostal. The Redeemed Christian Church of God in Lagos, Nigeria claims to have 5 million members in Nigeria alone. And the Yoido Full Gospel Church in Seoul, South Korea, claims 800,000 members.

Mittlelstadt cites several reasons for Pentecostalism’s explosive growth in the Global South. For starters, even non-Christians are accustomed to highly experiential forms of religious worship and practice.

“You’re talking about people that are already living in a spiritual dynamic that believes in the supernatural,” says Mittelstadt. “The idea of ‘God versus the powers’ is an everyday reality for these folks.”

A second reason for Pentecostalism’s rapid spread in the Global South is related to what’s often derogatorily called “the prosperity gospel,” the belief that living a certain kind of Christian life will not only bring spiritual blessings, but monetary reward. Mittelstadt doesn’t agree that all Pentecostals in the Global South want to buy a new BMW, but he recognizes that baptism in the Holy Spirit often brings with it a noticeable “lift.”