It’s a New Dawn, a New Day, a New Beginning – to Co-labor with God

By: Jenifer LeClaire Ministries|Published on: May 2, 2018|Categories: 365Prophetic| 0 comments 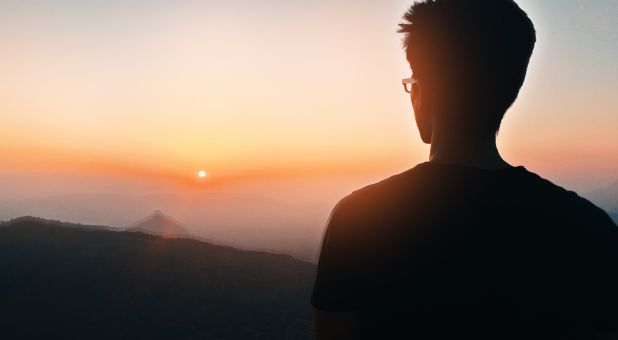 Every circumstance is subject to change, and God invites man to co-labor with Him in the birthing of a new dawn.

Are there preliminary conditions that must be met in order for the prophetic promises of God to be unlocked? Are there things that Believers can do to speed up the purposes of God? Are there clauses requiring man’s response, or is everything sovereignly predetermined? These questions have been debated throughout Jewish and Church history, and have affected people’s world-views, with resulting practical applications in almost every area of life.

How do the lost get saved? Is it Arminianism or Calvinism; free-will or divine election? Ideas have consequences. What we believe about these things will ultimately play out in our actions, for good or for bad.

So, what role do we play in revival and movements of the Holy Spirit? Can man move God’s heart?

Lessons from the Pool at Bethesda

“Now there is in Jerusalem by the sheep gate a pool, which is called in Hebrew Bethesda, having five porticoes. In these lay a multitude of those who were sick, blind, lame, and withered, waiting for the moving of the waters; for an angel of the Lord went down at certain seasons into the pool and stirred up the water; whoever then first, after the stirring up of the water, stepped in was made well from whatever disease with which he was afflicted. A man was there who had been ill for thirty-eight years.” (John 5:2-5 NASB)

How we respond in times of waiting is critical. Will we get frustrated and move into doubt and unbelief? Will we lower the bar of our expectation in order to avoid disappointment? Will we push our prophetic promises all over into a pile labeled “the providential will of God?” Will we take on false responsibility, acting as though the outcome all depends on our performance? Or will we look through different eyes, and see the waiting as a divine invitation to press into something more?

As I see it, there seems to be a period of time, an opportunity given by God during the waiting, for us to become so desperate that we turn our frustration into hunger instead. Hunger rightly expressed becomes a cry before the Lord—a form of intercession that calls for the fulfillment of prophetic promises. Hunger becomes a magnet that draws forth the supernatural activity of the Holy Spirit to invade the natural realm.

Every circumstance is subject to change, and God invites man to co-labor with Him in the birthing of a new dawn, a new day and new beginnings—where prophetic destinies are unlocked and answers finally come tumbling forth! These seasons are often referred to as revivals, renewal, awakenings, and outpourings both for individuals and entire cities and nations.

“When Jesus saw him lying there, and knew that he had already been a long time in that condition, He said to him, ‘Do you wish to get well?’ The sick man answered Him, ‘Sir, I have no man to put me into the pool when the water is stirred up, but while I am coming, another steps down before me.’ Jesus said to him, ‘Get up, pick up your pallet and walk.'” (John 5:6-8 NASB)

One greater than an angel came and declared that the waiting was over and a new period of time, not just a new season, had come. Everything changed then—and everything changes today—when Jesus, the Messiah, steps into the scene. We no longer look to the limitations of man, but rather to the unlimited power of the Son of God.

So, what is our role in this process of prophetic promises fulfilled? Hunger expressed as a heart-cry of prayer! Many of our forefathers have experienced the fruit of this connection between intercession and outpouring. Let’s therefore continue to ask that the Holy Spirit be released into the pool of our lives to bring forth a mighty visitation.

Famous Quotes on Prayer and Revival

• Charles Finney – Evangelist with Logic on Fire: “Revival is no more a miracle than a crop of wheat. Revival comes from Heaven when heroic souls enter the conflict determined to win or die—and if need be, to win and die.”

• Matthew Henry – Scholarly Commentator: “When God intends great mercy for His people, He first of all sets them praying.”

• Leonard Ravenhill – Prayer Revivalist: “At God’s counter there are no sale days, for the price for revival is ever the same—travail.”

• E.M. Bounds – Prayer Pastor and Teacher: “The wrestling quality of importunate prayer does not spring from physical vehemence or fleshly energy. It is not an impulse of energy, nor mere earnestness of soul. It is a wrought force, a faculty implanted and aroused by the Holy Spirit. Virtually, it is the intercession of the Holy Spirit in us.”

• Jesus Christ the Lord – The Ultimate Example: Matthew 11:12, “…The Kingdom of Heaven suffers violence and the violent take it by force.”

As in the Days of Elijah

The Scriptures are full of examples of what happens when the frustration of waiting becomes a hunger that is turned into intercession. But one of the most vivid examples is demonstrated in the life of Elijah.

“Now Elijah said to Ahab, ‘Go up, eat and drink; for there is the sound of the roar of a heavy shower.’ So Ahab went up to eat and drink. But Elijah went up to the top of Carmel; and he crouched down on the earth and put his face between his knees. He said to his servant, ‘Go up now, look toward the sea.’ So he went up and looked and said, ‘There is nothing.'” And he said, ‘Go back’ seven times. It came about at the seventh time, that he said, ‘Behold, a cloud as small as a man’s hand is coming up from the sea.’ And he said, ‘Go up, say to Ahab, “Prepare your chariot and go down, so that the heavy shower does not stop you.”‘ In a little while the sky grew black with clouds and wind, and there was a heavy shower. And Ahab rode and went to Jezreel. Then the hand of the LORD was on Elijah, and he girded up his loins and outran Ahab to Jezreel.” (1 Kings 18:41-46 NASB)

Description of the Times: There was a prolonged season of desperation, barrenness, dryness, and desolation in the land. For three and half years there had been no rain. Elijah, captivated by a heavenly prophetic vision declared, “I hear the sound of a heavy rain.”

A Response to the Times: In this season, Elijah was moved more by the unseen realm than he was by the natural realm. He locked in on the supernatural sound of an outpouring of rain! It is called revival. He heard God’s sound. The prophet of God declared change was coming and he sent his servant out seven times to look and see what was happening. Initially, the servant did not see anything unusual in the natural, except that when he came back to give his report, he saw Elijah crouched to the earth with his face between his knees.

What Was the Result? There were small beginnings of an obscure cloud that could have been easily overlooked. But Elijah persisted that the fullness of times had arrived and that the drought was over and a new season had begun. It was the time of a heavy rain!

Today we must learn from those who have gone before us and not lose heart. Our hearts must be consumed by a prophetic vision of God’s grand purposes in our generation and beyond.

Prophetic prayer always precedes revival and God’s latter day heavy rain. God always gives man an invitation to partner with His process through prayer. These lessons bear true in Scripture, Jewish and Church history, and in my personal experience as well. God does nothing but by prayer and everything through it. Prophetic prayer does precede prophetic promises—and this is how man moves God’s heart!

Dr. James W. Goll is the President of Encounters Network, the International Director of Prayer Storm, and the Founder of God Encounters Training – an eSchool of the Heart. With great joy James has shared Jesus in more than 50 nations, teaching and imparting the power of intercession, prophetic ministry, and life in the Spirit. James is the prolific author of numerous books, including The Seer, The Lost Art of Intercession, The Coming Israel Awakening, Deliverance from Darkness, A Radical Faith, and many others. He has also produced multiple study guides and hundreds of audio and video messages (click here for more).

James and Michal Ann were married for 32 years before her graduation to Heaven in the fall of 2008. James has four adult children who are married and all love Jesus: Justin, GraceAnn, Tyler, and Rachel, and multiple grandchildren. James continues to make his home in Franklin, Tennessee.