Jesus Is Silencing the Accuser and Bringing Breakthrough 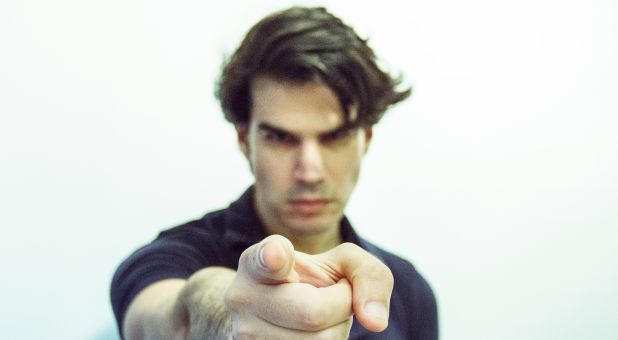 The accuser has tried to silence voices and stop many from using what the Lord has placed in their hands to use for His glory.

I heard the Lord say, “I am silencing the accuser and bringing breakthrough.” The Lord then showed me the enemy, the accuser, has tried to hinder the people of God from stepping into all they are called to walk in. The accuser has tried to silence their voice and stop them from using what the Lord has placed in their hands to use for His glory. This is occurring particularly at this time as we are in a time of acceleration where the Lord is calling people to step into the next step in their destiny in Him. A shift in the spirit has occurred across the earth and we are in a new era, one of acceleration of the manifestation of God’s plans and purposes.

The Holy Spirit highlighted Isaiah 59:19 to me as the verse that showed what the Lord was doing at this time. Where the enemy has come against His people, the Lord is raising up a standard against him.

Isaiah 59:19 (NKJV) – When the enemy comes in like a flood, The Spirit of the Lord will lift up a standard against him.

Revelation 12:10 tells us there is an accuser of the brethren that accuses us before God day and night. This word ‘accuser’ is the Greek word kategoros and it means a complainant at law, against one in the assembly. This is the same word used to describe the woman’s ‘adversary’ in Luke 18:1-8. This passage encourages us to pray and petition without ceasing and not to lose heart, confident that God’s justice will prevail. When we repent and bring the issue under the redemptive mercy of God, the enemy’s entitlement to steal and destroy our lives is removed. This is a legal process in the spirit realm. We have a legal right to overturn enemy tactics. Jesus came to destroy the works of the devil and we are called to enforce what Jesus did on the cross.

Hebrews 7:25 (NASB) – Therefore He is able also to save forever those who draw near to God through Him, since He always lives to make intercession for them.

Romans 8:33-34 (NASB) – Who will bring a charge against God’s elect? God is the one who justifies; who is the one who condemns? Christ Jesus is He who died, yes, rather who was raised, who is at the right hand of God, who also intercedes for us.

Jesus is breaking hindrances and lies of the enemy

I saw people surrendering to the Lord the things that were hindering them or holding them back. As they did this Jesus broke the chains that had hindered them and they were released into a new level of freedom and hope. The Lord was highlighting areas of unforgiveness, offense, sin, unbelief, bitterness or other areas that needed to be surrendered to Him. He was also highlighting other things that were holding people back including fear, guilt, shame, discouragement, incorrect mindsets and hopelessness. In every instance as the people released these to the Lord He was faithful to break them off the lives of the people and release to them hope, joy, freedom and peace. The Lord was also breaking off the lies the accuser had spoken over their identities, the way they see God and what is available to them as children of God.

The Word of God is revealing truth

I saw the Lord revealing to people the truth found in His word. People were then using the truth of the word to come against the lies of the enemy. Mindsets of people were aligning with the truth found in scripture. The truth of their identity in Christ and their inheritance as a child of God was illuminated to them through scripture and this knowledge was becoming heart knowledge and they now saw themselves the way God saw them. Truths about God’s provision, protection and faithfulness were also highlighted in scripture and the people of God were using these truths to block the lies of the enemy from impacting them. God has given us His word, the sword of the Spirit, so we will always be armed with truth but it is our responsibility to take the sword and fight.

I saw road blocks or obstacles before many people and these were preventing God’s people from stepping into the promise He had spoken over their lives. I then saw Jesus release strategies for breakthrough to people. These strategies unlocked the one thing the people had needed in order to launch into the next level the Lord had for them. In other cases I saw Jesus roaring over the circumstances and obstacles the people of God were facing. At the sound of His voice, obstacles were falling and open doors suddenly appeared and the people began to run into the next step of their destiny. What the enemy had meant for harm, the Lord had turned around for good.

The very area where you have been under attack is the area the Lord is going to bring breakthrough in your life. Your testimony of God’s faithfulness and goodness will impact many others as you show others the importance of perseverance and continued steps of faith and obedience in difficult times, knowing God is faithful to bring to pass what He has spoken.

I saw the Lord releasing angels of breakthrough to those who have stood in faith and contended for the promise. There are some promises and blessings that come easily in our lives but here are others that manifest only when we stand and contend for them. These angels were aligning the path ahead for people to step into the breakthrough God was bringing. God is releasing His angelic hosts to break through barriers hindering His people and hindering His plans so that we can walk in His purpose for our lives.

A harvest of joy and victory

The Lord is rewarding those who have persevered and stood in faith. Those who have sown in tears will reap with joy and shouts of victory. You will receive a harvest for what you have sown. As you wait on God, He will bring in the harvest which He’s promised.

Psalm 126:5-6 (NASB) – Those who sow in tears shall reap will joyful shouting. He who goes to and fro weeping, carrying his bag of seed, shall indeed come again with a shout of joy, bringing his sheaves with him.

Katie Barker is the co-founder of Bring the Fire Ministries along with her husband Aaron. They live on the Tweed Coast of Australia with their four children. Bring the Fire Ministries is about bringing revival fire to the nations. Aaron and Katie travel nationally and internationally to minister as the Lord leads and God is moving powerfully through their ministry. Katie has a heart to encourage believers into a deeper relationship with the Lord and see them walk in the fullness of their identity and inheritance in Christ. Her desire is to see believers understand their kingdom authority and position, use the spiritual gifts they have been given and impact their areas of influence for the kingdom of God. She also has a heart for revival and to see the body of Christ united and awakened.