Prophecy: What to Expect After Jewish Massacre in Pittsburgh 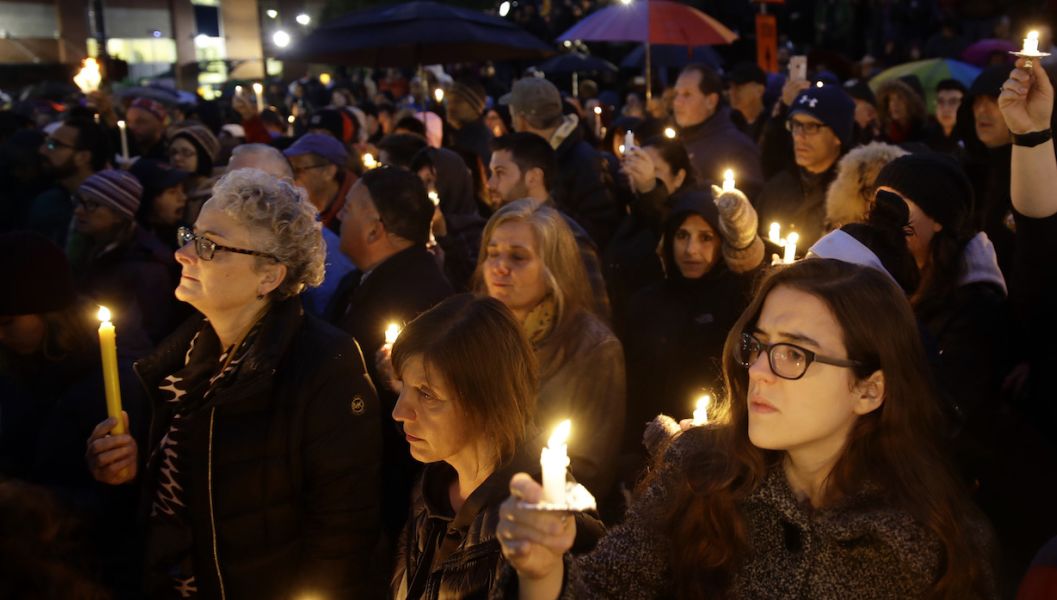 I was shocked. It was unexpected, but tragedies like the Pittsburgh synagogue shooting always are.

I learned of this horrific event during my School of the Prophetic. I instructed my students to do a prophetic exercise I call “Current Events” where they prophesy into a news headline.

While they were praying, I decided to look at the news headlines to find an example so I could demonstrate. To my surprise, I read headlines about a massacre in a synagogue in Pittsburgh. It shook me as I saw what the enemy was planning next.

The massacre left 11 dead in an attack during worship services. According to CBS News, the victims ranged in age from 54 to 97, the latter of which was a Holocaust survivor.

Police sources tell KDKA’s Andy Sheehan the gunman, Robert Bowers, walked into the building and yelled, “All Jews must die.”

According to 2016 FBI statistics (the most recent year data is available), there has been a nearly 5 percent hate crimes increase since 2015 and 10 percent since 2014. The FBI reports 1,273 crimes committed due to religious hatred—half those were against Jews.

Anti-Semitism is rising in the US, and this is just the beginning. The Holy Spirit showed me Ant-Semitism is going to ramp up. Most people aren’t aware that there are nearly as many Jews in America as there are in Israel. America is a stronghold for the Jewish people and therefore will become a greater target of terrorism in the years ahead.

In my School of the Prophetic, I heard the Lord say:

“They need know My Son. They need to know Him as Messiah, the one that came to sacrifice His blood and His body on the cross for their eternal redemption So begin even now to press into strategies to see My people saved because I am bringing them to a new place even as the attacks against them begin to arise. I will place a hedge of protection around them according to the intensity of your prayers because I want them to come into the knowledge of the truth.”

Pray for the salvation of the Jews.

Pray for the Messianic movement around the world.

Pray for the Aliyah.

Bless Israel and the Jewish people.

Pray for the peace of Jerusalem and the Jews around the world.

If you are in South Florida, please come out for a night to pray for the Jewish people. You can register free here.