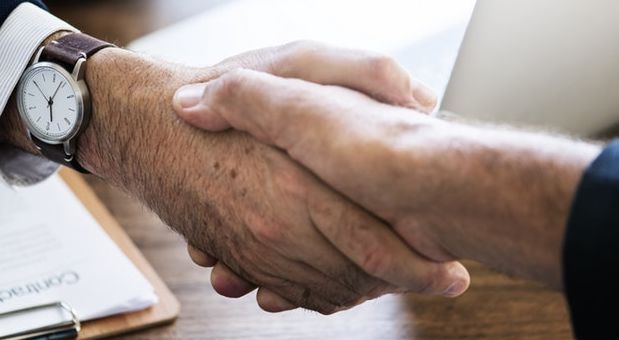 Fresh connections are coming your way!

We are in a massive season of synergy! Things are coming together. There are fresh relationships and alignments that are concurring. There is a fresh wind in new regions and partnerships. I hear the Spirit of the Lord say that many of you endured some of your hardest trials of shifting in and out of some old paradigms, partnerships, and places in this last season! But now says the Lord, you are about to shift into a suddenly season where the Spirit of the Lord will connect you with so many different types of streams and like-minded teams of people. It is a season of divine synergy! It’s almost like you’ve known them forever but you are just meeting them. This is a divine thing of the Holy Spirit says the Lord. Divine appointments and divne alignments!

There is a Spirit of unity and union that is coming upon the church. He had to break some things up so that there would be a new and a genuine move! He had the break some things off so that there would be new life produced. There is a greater combined river that is coming together and flowing as one. Look for these new synergistic streams to converge with! Look for these new, fresh ministries and ministers, people and places that you’ve never connected with before! The Lord is combining the efforts of Houses and is merging things strategically in this season. Much more will be produced says the Lord.

Get ready for vast synergistic efforts that will bear fruit for the decades to come! It was only when Ruth met her Boaz that things shifted. It was only when Esther met her Mordecai that the kingdom overturned. It was only when David met his Jonathan that he was launched into his kingship. There are pure streams of synergy that are coming together. Nothing false and nothing impure will be in these streams. It will purely be love for God and for His Kingdom. The Holy Spirit is extracting the pure in this season. (Jeremiah 15:19) Do not weep nor mourn about the ones you have lost says the Lord, for I am bringing people to you who will fully believe in you and be with you says the Lord! You are stepping into a divine season of synergy!”

Ben Lim is a dynamic Millennial leader, who currently serves as the senior pastor of His Way Life, in Koreatown, Los Angeles. He is the director of Open Heaven Cry, a missions and revival network, and is a highly sought out international speaker. He is the CEO of Ben Lim TV and is the author of the book Men of Valor. He loves to live life in the fullness as a son of the Most High.