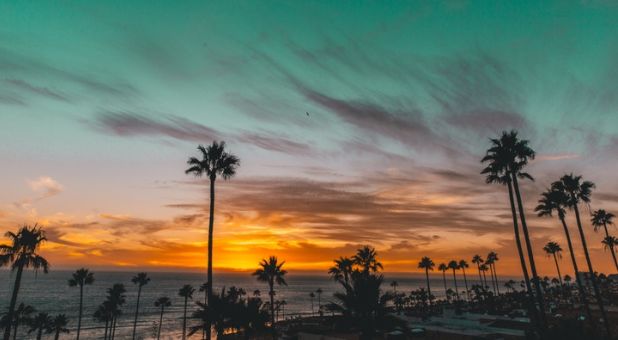 The Lord is releasing His roar over California.

The Lord has been speaking to me about California over the past few weeks and highlighting the need for increased intercession and declaration of the Word of God and His plans and purposes for her. As I sat with the Lord today I had a vision and I saw the Lion of Judah stepping into California. I saw Him stepping into the centre of California and He stepped in with a LOUD ROAR.

A prophetic utterance then bubbled up within me:

THERE’S A NEW SONG BURSTING FORTH FROM CALIFORNIA

I then heard the Lord say:

“Arise, shine; for your light has come,
And the glory of the Lord has risen upon you.
“For behold, darkness will cover the earth
And deep darkness the peoples;
But the Lord will rise upon you
And His glory will appear upon you.
“Nations will come to your light,
And kings to the brightness of your rising.” (New American Standard Bible)

“As My people praise, My gavel is coming down! As My people praise, My gavel is coming down. There has been a great delay that has been over California, there has been a significant battle over California like that in Daniel 10, but I decree over California now that as My people praise, as My people continue to sing My decrees and promises over her, there is breakthrough taking place. There is breakthrough beginning to rise and there will be physical manifestations of My power being released as the gavel comes down. Watch and see My decree INCREASE. Watch and see the FRUIT of My decrees INCREASE. For in the shaking, in the rattling, in the toppling and rolling, I am increasing My presence. I am increasing My power. I am increasing My justice, I am increasing My Glory. Don’t look for the darkness, don’t focus on the darkness but know that My light is increasing. Know that the greatest outpouring of My Glory and My power is gaining momentum and is going to be revealed in unexpected, glorious, significant ways. Oh the joy that will fill the hearts of My people as I show up! A refreshing is coming to My people in the breakthrough! Many have contended, many have interceded, many have stood on the wall for so long for the state of California, and I have heard the prayers and cries of the saints. Watchman on the wall, continue to contend, continue to intercede, continue to sing and KNOW that the RAIN is beginning to fall. My rain is beginning to fall. I have stationed My angels in California ready to herald the tipping point.”

I then had a vision where I saw angels, so many angels standing all around the perimeter of California and they were holding HUGE buckets and bowls. They were waiting on the command and decree of the Lord, and then they began to release the bowls. I heard them in unison singing “Tipping point, tipping point, there is great tipping point being released.”

The Lord has been releasing this Scripture over so many places, cities and nations in this season, because He is about to step in as the King of Glory with the breaker anointing, as the Mighty Warrior, to show forth His power and see His Kingdom extended in gloriously significant ways amidst the darkness that surrounds.

Lana Vawser has a heart to encourage the body of Christ and individuals in their walks with Jesus; deeper intimacy with Him; and learning to hear His voice. Lana operates in the prophetic and loves to share the heart of God with others. In 2009, Lana wrote her first book titled “Desperately Deep – Developing Deep Devotion and Dialogue with Jesus”. She is a gifted prophet and teacher, and loves to see others grow in all that God has for them.