The Tide is Turning! Wave After Wave of God’s Glory will Bring in the Lost! 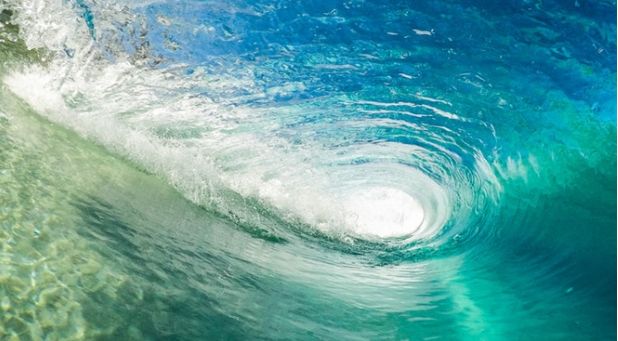 The tide is turning!

A Vision of the Receding Tide

I saw the Spirit of the Lord as a great ocean beginning to recede off an enormous shoreline. This was a season in time when “the tide” was beginning to go out. The Body of Christ was standing in the water, practically immersed in the tide. But as it gradually started to go out, we slowly became exposed, as though we could no longer be covered by the water. It seemed that we stood spiritually naked as the tide was still going out.

As the tide went out from the shoreline, many chains and bondages could be seen holding God’s people. This was hindering and stopping them from following the Spirit, which was gradually going out from them, leaving them helpless and powerless as though the Spirit was exposing their sin and weakness, and yet at the same time, departing from them.

Others were able to go further on after His Spirit, but the tide seemed to pick up a faster pace, and there was a great cry as the tide rapidly went out—even the very elect and righteous began to cry out, “My God, my God, why hast Thou forsaken me?” As the Body of Christ stood still with exhaustion and weariness and great discouragement, the ground beneath turned into dry land, where there was no water—just like a desert.

The Church could only see the tide going out a long way off, and could no longer experience the move of the Spirit. On the contrary, what was left was their sins, bondages and helplessness. As the Church was exposed and stood as though naked, a great mocking cry was heard from those who were back on the shore, who had never touched the water. This represented the world, and they were seeing the shame and sin, and God was being reproached. The time frame this was happening in seemed like forever to God’s people—as though they were separated from God and nothing appeared to be happening, except for failure.

The Tide is Turning…Wave After Wave!

Many turned from looking towards the tide going out and after awhile, they began to walk back towards the shore from where they came. They just gave up and were tired of waiting and waiting, convinced that God had forsaken them by all appearances.

But a remnant stayed and stood still, waiting upon the Lord, confessing their sins, repenting and interceding for all the world, realizing it is not by might nor by power, but only by the Spirit of the living God.

It was wave after wave after wave. These waves were bringing in the lost. I mean lost, lost! These waves were bringing the lost up and out of the lowest places of the earth. It seemed as though the sea was giving up her dead. There were pornographic stars, mass murderers, witches, many from occult and eastern religions. Souls that had committed horrendous indescribable crimes. The powers of Hell were letting go of them. These last waves had the power to bring up the very bottom of the ocean.

As these waves kept coming in, the waves of salvation began covering more and more of the shore as it came back upon the earth. Like a flood, the Spirit was coming in, lifting His standard upon the earth itself, and multitudes were being saved as the waves of salvation continued to literally cover the earth. As these waves increased in magnitude and became humongous tidal waves, the Lord said, “Truly as I live, all the earth shall be filled with the knowledge of the glory of the Lord like the waters cover the sea” (see Hab. 2:14).

Bill Yount has been a member of Bridge of Life in Hagerstown, Maryland, for the past 36 years where he is now an elder and a home missionary. He is currently an advisor at large for Aglow International. Bill faithfully served in prison ministry at Mount Hope for 23 years and now travels full-time, both in the U.S. and internationally, ministering in churches and Aglow circles. “Humility and humor” characterize his ministry as he brings forth a fresh word that is “in season,” proclaiming the Word of the Lord! The shofar (or ram’s horn) is often used in his meetings, breaking the powers of darkness over regions, churches, and households. The shofar represents God’s breath blowing into the nostrils of His people, reviving them and awakening the lost. Many of God’s messages, which Bill ministers prophetically, come out of his everyday life with his family and friends. website: www.billyount.com