The Uprooting and Expulsion of Kingdoms of This World 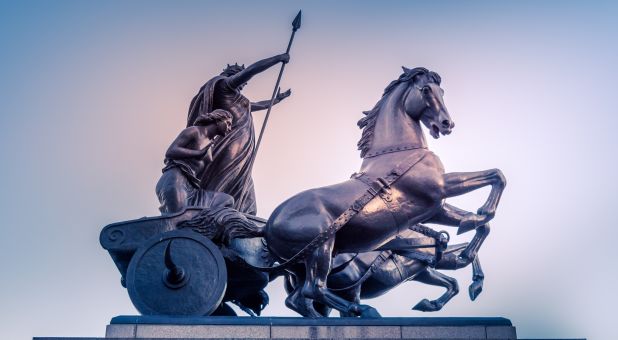 The advancement of the Kingdom of God and the taking of territory will be the result of encountering “Christ the Truth” and being set free.

Previously, I was teaching in my School of the Prophet’s class on the subject of the prophet’s role in context of a warring Church—to uproot, tear down, expel and overthrow kingdoms in order to build and plant God’s Kingdom. As I woke up the following morning, I heard the Lord declaring this to me:
“As the Body aligns with Me, through the equipping of My apostles and prophets, unity with My Son Christ, the Head, is being established. This will release the thick oil from the Head of your Apostle and High Priest after the order of Melchizedek (see Hebrews 3:1). The thick oil of the Prophet, Priest and King, Jesus, is being poured out as My people come into alignment with the apostle’s doctrine. This doctrine will reveal the image of My Son and uproot, tear down, expel and overthrow kingdoms of darkness as I, the Potter, forms you into His image on the Potter’s birthing wheel (see Jeremiah 18:1-9).
“This Kingdom alignment will remove the root system of kingdoms of this world and the authority of kings, as we are aligned as a unified Kingdom, a royal priesthood and holy nation unto the King of kings (see 1 Peter 2:9).
“The thick oil and character of the Prophet, Priest and King from the root of David will release the operation of the Seven Spirits of God (see Isaiah 11:1-3) and break limitations of His Body that come from lack of character and maturity due to improper alignment with the Head.
“Purity is coming to the Body as She experiences an “exodus” from the authority of the kingdoms of this world that will bring Her into the greater reality of the Kingdom of the Son, and remove limitations and measures.”
WARFARE FROM THE PLACE OF VICTORY
There is a warfare mentality from a position of rest, in the victory of the Cross, that’s being poured out upon the Church, to embrace their apostolic commission to cause the earth to begin to look like Heaven.
Alexander the Great (323 B.C.) was known as an apostle of Hellenistic Greece who conquered regions and brought the culture of Greece into that conquered region. Just as Christ led the captive out of captivity and gave gifts to men (Ephesians 4:11), He has released His envoy of apostles, prophets and fivefold gifts to bring revelation to His Body. The equipping of the Church is for the purpose of taking territory, causing the kingdoms of the world to become the Kingdom of our God (see Revelation 11:15)
The advancement of the Kingdom of God and the taking of territory will be the result of encountering “Christ the Truth” and being set free (see John 8:32).
One of the translations for “truth” in Greek is “reality”.  As we come into the truth or “reality” of our victory through Christ, who is “The Truth”, it will compel us to enforce that victory and take territory.  May this be a season of advancement and victory!
Wayland Henderson is a prophet who carries a heart for revival and moves in a strong revelatory gift with a unique anointing to impart prophetic understanding of Jewish roots across cultural and generational lines. He is co-founder of Greater Works Generation Ministries with his wife Jeanette, and their heart is to awaken a generation to their destiny to become mature sons and daughters of God. Jeanette is a prophetic psalmist, gifted teacher and is a worshipper at heart with the ability to usher in His Presence. Wayland is also co-founder of A.G.E.S. (which stands for Awaken, Gather, Equip and Send). A.G.E.S. is an apostolic and prophetic monthly gathering where several ministries have joined to gather regionally to see revival glory come forth in the Dallas/Fort Worth area. They currently reside in Arlington, Texas with their three beautiful children.
Are you following us on Facebook?
Shares