What Time Is It? How to Prophetically Know the Times and Seasons 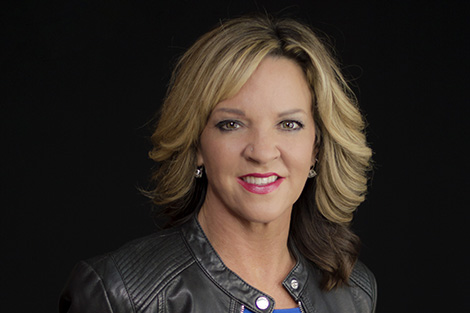 If Jesus has called you as a prophet, then He’s called you to LEAD, to INTERCEDE, and to KNOW THE TIMES AND SEASONS. Every prophet holds spiritual keys from Heaven within a specific metron. A metron is a Greek word that means measure and limited portion. The apostle Paul, being aware of his metron, was diligent to stay within his God-assigned “sphere” and showed tremendous ministry impact as a result (2 Cor. 10:13).

Prophets, in their zeal, will sometimes act outside of their assignments. At best, the prophet’s time, energy, and money are wasted trying to make something happen that he or she is not assigned to do. In extreme cases, the safety of the prophet is jeopardized as they’ve ventured so far away from their assignment that they’ve stepped outside of God’s protection (i.e. the prophet Jonah).

My point is this: It’s important to know your metron and to steward it well if you want to experience the ministry impact God has intended for you.

What Time Is It?

What time is it? Every prophet needs to ask this question. A prophet watches over and stewards the times and seasons within their spiritual assignment. The prophet Habakkuk demonstrates this concept instructing us to write down the vision now, even though it’s not for now, but for an appointed time (Hab. 2:2-3). God actively works out His purposes over chronological time, but God who sits outside of time will then interrupt chronological time to release His appointed season.

In the book of Haggai, for example, the remnant Israelites did not believe it was time to rebuild the house of the Lord. They built their own houses, but neglected the Lord’s house and did so to their detriment. God then spoke the appointed time to the prophet Haggai. It was now time to rebuild the house of the Lord! Haggai acted on that word and successfully initiated a new season with the people. The people stepped into the appointed time of the Lord and rebuilt the temple as Haggai stood by encouraging them to be strong and work!

The Holy Spirit once gave me a vision about a previous mayor in my city. At the time of the vision, He had served in his position for nearly two decades and had a good reputation. I held no complaint about his conduct or decisions, nor did anyone else that I knew of. I wanted to clarify that—as sometimes we have “visions” based on our own biases—it’s important to have a clean heart before we act on such things.

The vision looked like a mini movie that took over my imagination for a few seconds and then it would repeat itself. I would watch myself walk over to our City Hall, take off my watch, and then throw it to the ground. Once I did that, I would then proclaim a blessing to the mayor and an end to his assignment. Since I’ve never moved a government person out of office before with a prophetic act, I decided to bring a few people to witness it.

After a prayer service, I walked over to our City Hall with a church board member and his wife and then conducted the “departure ceremony” just as I saw it in the vision. A few weeks later, the local newspaper issued a report that the mayor would not be seeking another re-election. The Holy Spirit was calling for a new season in our local government and I was given the task to prophetically usher in the appointed time.

Prophets need to discern the right word for the right time. The third chapter of Ecclesiastes gives us a list of fourteen opposites with an instruction that there is a season and timing for everything. What is the point of this passage? The point is the right word for one season is the wrong word in another season.

As a prophet, how do we know what season it is? The One who holds the key to time is the Holy Spirit and He faithfully partners with His prophets to reveal what time it is.

What Time Is It Now?

If someone were to ask me what time it is prophetically, I would say that it’s the time of restoration(Mrk. 9:12, Acts 3:21). The prophet Malachi pointed to a time when the spirit of Elijah would come to initiate a profound restoration of bloodline blessings in families (Mal. 4:5-6). This shifts our focus from breaking family curses to actually discovering and embracing the inherited spiritual blessings on our families.

Let me give you an example. I was speaking at a meeting this year with a group of School of Ministry students. I observed a young man sitting up front and could see distinct blessings on his life. I could see an anointing for “tribal chief” and the “seer prophet.” I asked a random question to the students that I’ve only dared to ask publicly in one other setting. I asked if anyone had been experiencing memories that they knew were not their memories, but were the inherited memories from previous generations.

I know that is out there, but stay with me. This young man was the only one to raise his hand. BINGO! I knew the whole story right there. I began to break ritual, ancestral worship off of his family line. This was the occult binding that had produced the family curse and what was underneath the strange occurrences of inherited memories. (I’ve also seen this same “inherited memories” pattern in some Masonic families.)

The family blessing, however, had been buried underneath all of this. There was a true leadership mantle on this man and his “tribe” and a genuine seer anointing to go with it. I began to call that out because God was restoring his bloodline blessings.

God in Heaven proclaimed over Abraham that through him all the families in the earth would be blessed. We access the blessings of Abraham through faith in Christ (Gal. 3:9).

These blessings, gifts, and anointings will often appear with distinction within families. You’ll notice some families are musically gifted, others are political leaders, others are teachers, some are spiritual leaders, and so on. Even if you’ve lost your physical family, your distinct bloodline blessings remain and in Christ we can rediscover them and pick them back up again.

Think about your family lineage right now. Are there strong leanings toward certain gifts, specific abilities, and points of influence? Have you experienced deep battles and rifts within your family at the same time? What is the battle really over? It’s over your bloodline blessings! The reason the spirit of Elijah has being sent to restore the bloodlines is because satan has worked to destroy it. Restoration of family blessings also serves to restore the earth, and this is the season God is restoring all things.

As a prophet, you have a leadership role and will often administer, communicate, instruct, and prepare the people to step into the appointed times and seasons within your sphere. (Prophetic word previously posted on May 30, 2015.)