What to Do When People Reject Your Prophetic Gift 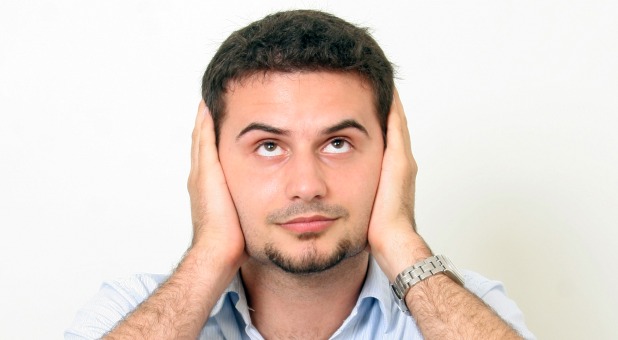 There are two sides to prophecy: the one who delivers the word and the one who receives it. Last week we talked about receiving personal prophecies that just don’t make any sense at all to the natural mind—or even necessarily bear witness with your spirit. Indeed, some prophetic promises are so exceedingly, abundantly above all you could ask or think that it’s tempting to dismiss them without even praying it through.

Now, let’s flip things around. Have you ever delivered a prophecy that someone flat out refused to receive even though you were convinced it was from God? The prophecy was pure. It didn’t breed fear, seek to control, or violate Scripture. The prophecy exalted Jesus and was delivered in a spirit of humility. Nevertheless, it wasn’t received—and maybe you were even harshly criticized or labeled a false prophet for delivering it.

I’ll repeat what I said last week: I believe in judging prophecy before receiving it as Holy Spirit-inspired truth, but as I explain in my book “Did the Spirit of God Say That,” judging prophecy isn’t always an exact since. That means you could be delivering a perfectly accurate prophetic word that’s perfectly passed over as false. What’s a prophet to do?

Don’t Get a Rejection Complex

Don’t take the rejection personally. If you are delivering a true word from the Lord, the people aren’t rejecting you. They are rejecting the word of the Lord. That was the case with Samuel. Consider Samuel’s prophetic reputation: “So Samuel grew, and the Lord was with him and let none of his words fall to the ground. And all Israel from Dan to Beersheba knew that Samuel had been established as a prophet of the Lord” (1 Sam. 3:19-20).

Nevertheless, Saul did not receive Samuel’s prophetic word. Samuel told Saul, “The Lord sent me to anoint you king over His people, over Israel. Now therefore, heed the voice of the words of the Lord. Thus says the Lord of hosts: ‘I will punish Amalek for what he did to Israel, how he ambushed him on the way when he came up from Egypt. Now go and attack Amalek, and utterly destroy all that they have, and do not spare them. But kill both man and woman, infant and nursing child, ox and sheep, camel and donkey’” (1 Sam. 15:1-3).

Rejecting the Word of the Lord

Not only that, he actually set up a monument for himself before declaring he had performed the commandment of the Lord. Samuel rebuked him, noting “you have rejected the word of the Lord and the Lord has rejected you from being king over Israel” (1 Sam. 15:26).

Now, let’s be clear. I’m not giving you license to rebuke people who don’t receive the prophetic words you deliver. I am demonstrating that it wasn’t the prophet Samuel that Saul rejected—it was the word of the Lord. And there’s always a price to pay for rejecting the word of the Lord. When you know that you know that you know that God has give you a prophetic word for someone—and you know, too, that He wants you to actually deliver it, speak it forth boldly with humility, not fearing the consequences—not fearing rejection.

And if the person rejects the word—or rejects you—don’t respond in kind. Instead, go into intercession for them. This is the spirit of a true prophet: “Samuel went to Ramah, and Saul went up to his house at Gibeah of Saul. And Samuel went no more to see Saul until the day of his death. Nevertheless Samuel mourned for Saul…” (1 Sam. 15:34). True prophets have a mercy gift and are intercessors. When folks reject the prophetic word you deliver, remember Samuel. Amen.

You can download a sample chapter of Jennifer's new book, The Making of a Prophet, by clicking here.