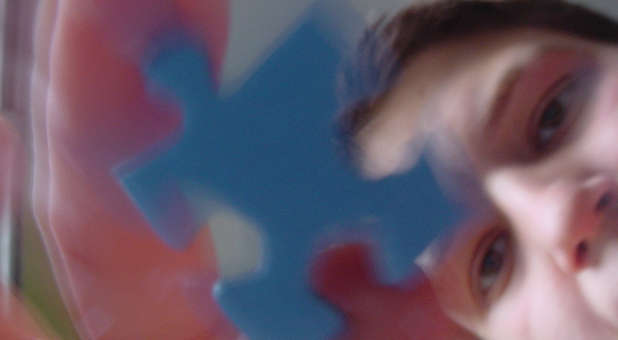 Prophetic words bring warfare, but that's not the only reason people receive legitimate would-be life-changing prophecies that don't come to pass. Although I believe strongly in waging war with prophetic words, you also have to be careful to understand what the Lord is actually saying to war accurately.

Beyond this, you need a certain maturity to walk out the word by faith. You need the spiritual strength to stand against the tribulation and persecution that will surely come against a potentially life-changing prophecy. And you need to keep your mind focused on God's plans despite the barrage of cares and worries the devil brings to your mind.

At the end of the day, it really does boil down to this: There is a war over the prophetic word over your life. Sometimes that war comes from the wicked one. Sometimes that war comes from our own carnal nature that wars against the Spirit (Gal. 5:17). Either way—and whether in Scripture or via prophecy judged accurate—we must fight the good fight of faith so we can walk in the fullness of God's promises.

Prophetic Insight From a Familiar Parable

In the Parable of the Sower, Jesus explains some spiritual truth about the Word of God. But it can also apply to prophecies that come straight from His heart.

“When anyone hears the word of the kingdom and does not understand it, the evil one comes and snatches away what was sown in his heart. This is the one who received seed beside the path” (Matt. 13:19-20). It's important you understand exactly what God is saying prophetically. Many people miss it on the interpretation or application, especially in the dream realm. Of course, some prophecies are hard to misinterpret, especially ones about having babies or operating in some spiritual gift.

“But he who received the seed on rocky ground is he who hears the word and immediately receives it with joy, yet he has no root in himself, but endures for a while. For when tribulation or persecution arises because of the word, eventually he falls away” (Matt. 13: 21). Immature Christians need help walking out a prophetic word. Even when a mature Christian is hit with tribulation and persecution over a life-changing prophecy, they need strong friends to encourage them to keep standing. Don't try to walk it out alone.

“He also who received seed among the thorns is he who hears the word, but the cares of this world and the deceitfulness of riches choke the word, and he becomes unfruitful” (Matt. 13:22). The enemy works often with distractions. He doesn't care if you chase a good thing, as long as it's not the God thing. We need to be careful to diligently focus on the prophecy or we will find ourselves focused on everything else but the promise.

Finally, in verse 23, Jesus said, “But he who received seed on the good ground is he who hears the word and understands it, who indeed bears fruit. Some produce a hundred, sixty, or thirty times what was sown.” This is what we want. We want a heart that is open to what God says, understands His kingdom purpose and presses through the warfare to see the promise come to pass.

Where Do You Go From Here?

Although a prophetic word is not on par with Scripture, a prophecy that's been judged true can be used as a sword in the spiritual realm to do battle against the enemy's assignment. Continue to declare the prophetic word over your life. Remember, the enemy doesn't really care about you. He hates you, yes, but ultimately he just doesn't want the prophetic word to come to pass because, when it does, God's will comes to the Earth.

If you are in a season of waiting and warring, hold on. Keep in mind it was at least 15 years between David's prophetic anointing and David's kingship. And it was about 13 years in between Joseph's dream and his promotion to Egypt's prime minister.

Chances are, it won't take that long for you to see the first fruits of life-changing prophetic words spoken over your life. But even if it does, don't give in to the enemy's strategies. Ultimately, this is the Lord's battle. Declare the prophetic word over your life and keep fighting the good fight of faith.

Jennifer LeClaire is senior editor of Charisma. She is also director of Awakening House of Prayer in Fort Lauderdale, Florida, co-founder of awakeningtv.com, on the leadership team of the New Breed Revival Network and author of several books, including The Next Great Move of God: An Appeal to Heaven for Spiritual Awakening;Mornings With the Holy Spirit, Listening Daily to the Still, Small Voice of God; The Making of a Prophet and Satan's Deadly Trio: Defeating the Deceptions of Jezebel, Religion and Witchcraft. You can visit her website here. You can also join Jennifer onFacebook or follow her on Twitter. Jennifer's Periscope handle is @propheticbooks.