Is Anything too Hard for the Lord? 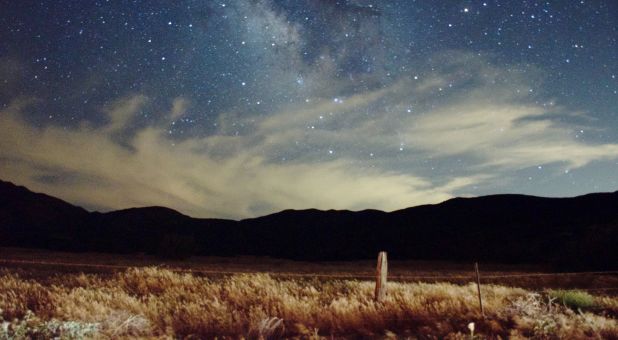 Don’t allow the enemy to magnify the difficulties in your life and make then appear unconquerable.

There is a story in the bible about a great man of faith named Abraham. Abraham and his wife Sarah left their families and even their country trusting the Lord at His word to bless them and make them a great nation. In Genesis chapter seventeen, the Lord appeared to him when he was ninety nine years old and told him that his wife Sarah was going to have a baby boy the following year. She would be ninety, and he would be one hundred years old. Abraham fell on his face and laughed. Although he was a man of faith, this sounded ridiculous to him.
In chapter eighteen, The Lord appeared to him again as three men came to him. He told Abraham once again that Sarah was going to have a son. Sarah overheard this conversation and she also laughed in unbelief. Although they trusted the Lord all along, they were now looking at their situation in the natural which was their old age. Then the Lord said to Abraham, “Why did Sarah laugh, saying, ‘Shall I surely bear a child, since I am old?’ Is anything too hard for the Lord?
The Lord says, “is there anything too difficult for Me? Don’t allow situations in the natural to steal your faith. Trust in My promises and provisions. Do not see yourself as inadequate but know that I can do more with your life than you could do in the natural. I am El Shaddai and nothing is too difficult for Me. Just as I asked Abraham to sacrifice that which was most precious to him, I will not take from you that which I promised to you. Just as I told him to leave everything behind and trust Me in the journey ahead, I am calling you to trust Me with your future.
“Just as I lead Abraham, I will also lead you. I am the same yesterday, today and forever and I am still speaking today. Just as I honored Abrahams prayers and did not destroy the city for ten righteous, will I not honor your prayers? Trust Me for your families, your cities and even your countries to be brought into My kingdom. Believe My word to answer every prayer and supplication.
“Don’t make hasty decisions which will produce an Ishmael. Wait on that which I have promised to you because it shall surely come to pass. Just as I made a Covenant with Abraham, I have made a Covenant with you. Wait on the promise, your promised seed, Isaac is on the way. Don’t allow the enemy to magnify the difficulties in your life and make then appear unconquerable. I will bring you through situations that you have not been able to go through on your own and open the doors that need to be opened. Trust Me to move every obstacle that is blocking you from getting to your destination. Go forth in that which I have commissioned for you to do. Go without fear or wavering, surrendering all for the assignment that I have for your life”, says the Lord.
Genesis 17:15-17
Then God said to Abraham, “As for Sarai your wife, you shall not call her name Sarai, but Sarah shall be her name. And I will bless her and also give you a son by her; then I will bless her, and she shall be a mother of nations; kings of peoples shall be from her.” Then Abraham fell on his face and laughed, and said in his heart, “Shall a child be born to a man who is one hundred years old? And shall Sarah, who is ninety years old, bear a child?”
Genesis 18:10 -14
And He said, “I will certainly return to you according to the time of life, and behold, Sarah your wife shall have a son.” (Sarah was listening in the tent door which was behind him.) Now Abraham and Sarah were old, well advanced in age; and Sarah had passed the age of childbearing. Therefore Sarah laughed within herself, saying, “After I have grown old, shall I have pleasure, my lord being old also?” And the Lord said to Abraham, “Why did Sarah laugh, saying, ‘Shall I surely bear a child, since I am old?’ Is anything too hard for the Lord? At the appointed time I will return to you, according to the time of life, and Sarah shall have a son.”
Romans 4:3
Abraham believed God and it was accounted to him for righteousness.
Hebrews 11:8 -12
By faith Abraham obeyed when he was called to go out to the place which he would receive as an inheritance. And he went out, not knowing where he was going. By faith he dwelt in the land of promise as in a foreign country, dwelling in tents with Isaac and Jacob, the heirs with him of the same promise; for he waited for the city which has foundations, whose builder and maker is God. By faith Sarah herself also received strength to conceive seed, and she bore a child when she was past the age, because she judged Him faithful who had promised. Therefore from one man, and him as good as dead, were born as many as the stars of the sky in multitude-innumerable as the sand which is by the seashore.
Elaine Tavolacci resides in Staten Island, New York. She has been a student of the Word since 1984. She has a prophetic gift as well as a ministry of encouragement, which teaches the Body of Christ to walk in the fullness of what the Lord has called them to. She teaches others how to be overcomers in every area of their lives and understands the power and authority that Jesus has assigned to them. Her prophetic ministry is titled “A Word in Season”. She has learned the transforming power of the Word of God and encourages others that nothing is impossible with God. www.awordinseason.info www.thevoiceofprophecy.com
Are you following us on Facebook?
Shares