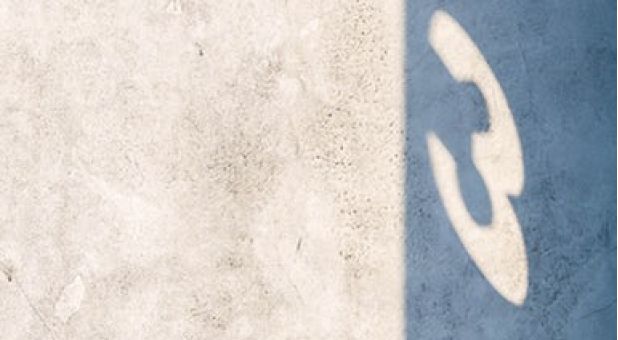 “See, today I appoint you over nations and kingdoms to uproot and tear down, to destroy and overthrow, to build and to plant.” ~Jeremiah 1:10

“For the hurt of my people I am hurt. I am mourning, and horror grips me. Is there no balm in Gilead, Is there no physician there? Why then is there no healing for the wound of the daughter of my people?” ~ Jeremiah 8:21‭-‬22

First, the Lord began to connect the above verses from Jeremiah together, and He began to show me that He will be releasing 3 specific types of “Jeremiah Mantles” to many in this season. He said that He is not only getting ready to purify, cleanse and heal the land, but He is also going to heal & deliver bloodlines that have been affected by the iniquities in the land. Then, and only then, will the planting and building happen that He is wanting to do. I saw this happening greatly in much of the U.S., specifically in many areas in the South and Northeast, as well as in the nation itself in part….but also in many other nations of the world. I saw those with this “Jeremiah Anointing” be raised up in many countries in Europe, which is part of the European Reformation that has already begun.

For the places where there has been much innocent bloodshed and much evil done, He is going to be sending in those with His “Jeremiah Anointing”. The first type with this anointing will be sent to uproot, tear down, and destroy those very iniquitious structures that have held the people bound in that territory, region, or nation. These will be the agents of purification and cleansing that are needed in the land. Only when evil things are uprooted, torn down, and destroyed, can purification and cleansing come.

As I have said before over the last few months, and He has confirmed to me even today, much of the extensive snowfall that has come this year in many places, has been a sign of the purification and cleansing that the Lord is wanting to do. Today He began to show me that the uprooting and purging that comes with this Jeremiah Mandate, is to bring purification and cleansing, to the land and the people of the land. Snow always speaks of cleansing and purification. The Lord brings this many times through His anointed Prophets and preachers of holiness and repentance. The Lord is raising these up in many places even now!

Once the people are repentant, they themselves begin to have a heart to see their land cleansed and purified. They will even begin to repent for the defilement that has taken place in their land & territory, and under their watch. Look to the places that have had an unusual amount of snowfall and know that this is a sign of the purification and cleansing that the Lord is wanting to do in these regions and nations. Look for prophets and preachers of holiness to come forth in these places, and look for a Spirit of repentance to flow as they speak!

This purifying and cleansing will happen personally and regionally. It will happen on an individual level first, and that will lead many to do what is necessary to cleanse and purify their own territories. Many will be called to tear down (in the spirit) the very structures of idolatry and witchcraft that were erected by their fathers and grandfathers in their region/territory. The people themselves will be prompted by these “Jeremiah Cleansers” to begin to root out and purge those things that need to be dealt with in a region or territory.

However, in order to see the full manifestation of the rooting out and pulling down that needs to take place in many regions, those given this “Jeremiah mandate” will need to work with others in their specific region/nation, and form a type of alliance with them. These alliances will carry a specific “breaker anointing”that will be exponentially multiplied for the purpose of tearing down and cleansing the land of these structures and strongholds that are needing to be dealt with in a particular region or territory. This must happen in order for the purification and cleansing to fully happen. Remember…one can put a thousand to flight, but 2 in unity, with the Lord on their side, can put 10,000 to flight! (Deut.32:30)

After these iniquitious structures and ways have been dealt with in cities and regions, and seemingly alongside of them being torn down, the Lord will begin to send those with a different type of Jeremiah anointing, to these same places. These will be His “healing agents”, sent to release His healing balm of Gilead over the land itself, and also over the people of the land and territories. The Lord will be joining many of these “healing agents” together to see His will and purpose done for these territories, although at times they may seem like unlikely alliances…yet, in their joining, there is a healing oil that will be released. Many others in these regions will follow them into a place of healing and restoration unlike we have seen before. They will function under an anointing and mandate to see healing come to regions and territories. They will bring healing to cultural, racial & ethnic breakdowns, as well as physical healing for God’s people.

Generationl bondages over people and  families in certain regions and territories will begin to break, and many who have dealt with strongholds and soul-sickness, even resulting in physical illnesses, will begin to be set free!

Many others who are around this anointing will be impacted, and will begin to flow in a strong healing anointing as well, as these “Healing Agents” begin to release and impart that same anointing and mandate to those they are teaching in a territory or region.

Once the land is purified and “cleansed”, and it begins to heal, a strong healing anointing will begin to flow in these regions, and many areas will see manifested healings and miracles on levels we have not seen before. In some regions, there are wells of healing in certain places that have been waiting for these “Jeremiah Cleansers” to clear out the “dross” in order for them to flow again.

I saw that many angels have been standing by in certain locations waiting for these “healing wells” to be cleansed and purified, and some have been waiting for dozens and even hundreds of years.
These angels will be released to bring supernatual healings from heaven, once these wells have been unclogged. They will be released to bring the healing anointing back to certain places, as those places are cleansed and purified from the defilement that has happened in past generations.

Finally, after these 2 things have been done (cleansing/purifying, then healing), the Lord will begin to raise up and bring forth those with the building and planting anointing of Jeremiah. These will be the joined Apostolic/Prophetic in these regions and places, that will move forward quickly, and begin to rebuild and plant with an anointing and authority greater than they have had in past seasons. Just as with those raised to root out/tear down, and those who come forth to release healing, these “building agents” will be given the opportunity to create alliances with others in their region/territory/nation, and this will bring a supernatural compounded ability to build what He is wanting to build in a very quick amount of time. These Jeremiah Builders, however, will not make alliances based on convenience or compromise, and they will not work with those who are compromised, no matter what it costs them. They will be firmly grounded in truth, and will not come into alliance with those who are functioning with wrong motives, and their own agenda, instead of Kingdom agendas. They will stay true to the plumbline regardless of who else doesn’t, or who else doesn’t like it.
“Thus he shewed me: and, behold, the Lord stood upon a wall made by a plumbline, with a plumbline in his hand.”~ Amos 7:7

Many will be given the opportunity to form these different alliances in the weeks and months to come, but not all will receive this mandate that the Lord is calling for them to take. They must be willing to lay down their own agenda, for the greater good of transforming a region, state, or nation. Some will attempt to do these mandates on their own, and they may accomplish a portion of what the Lord is wanting to be done, but they will not be able to complete the full mission. Many will be hurt and wounded in the process, because they do not have the understanding of the power of joining together in unity for an assignment. There is a great danger for those who attempt to take on these mandates & assignments alone, without the joining together of others for the common purpose. There is power, supernatural strategy and strength in unity!

Some of these agents that are being raised up, although not many, will carry all 3 of these parts of this “Jeremiah Mandate” for a particular region – they will expose, tear down and destroy, as well as being a healing agent…and then they will build and plant. However it will still take them joining together with other “agents”, who also have this type of 3-fold mandate, in order to see the fullness of God’s purposes released in that region. There will be many of these agents who will only have one or two parts of this mandate, and others will be raised up with the additional anointings and mandates.

We must not become lone islands to ourself, but we must realize that we all bring a part, and if we will lay down our pride and join together for certain assignments for our regions and nations, we will see much accomplished and His Kingdom advanced in amazing ways in the days to come!

Your Kingdom come, Your will be done…on earth as it is in Heaven! Raise up Your agents of change in the earth Lord!

Amanda Shiflett is a heralding voice of truth, holiness, and purity within the prophetic, and calls others to stand in a place of no compromise in their callings. She longs to see reformation come to the prophetic movement, as well as the other parts of the 5-fold within the body of Christ.