A New Sound Arising From Texas 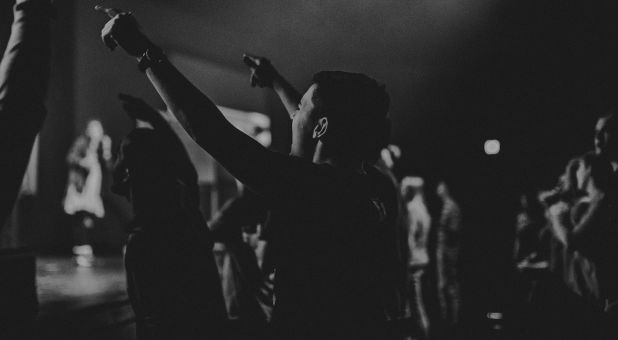 There is a monumental, tipping point shift taking place over Texas.

Recently I was in my kitchen making my coffee and the Lord interrupted my coffee making. I heard Him speak so beautifully, so tenderly and yet with such authority. I heard the words:

“Lana, there is a NEW SOUND arising out of Texas.”

The Lord showed me that this new sound that is arising out of Texas was the sound of worship to the King of Glory. It was the sound of worship that had not been heard before. It was such a deep, weighty, sound, a sound of worship that carried a breaker anointing unlike anything that had been heard before. The Lord showed me thousands upon thousands of believers all across Texas and they were facedown and there was a cry coming out of the hearts of thousands of believers that was deeper than they had experienced before. It was a cry for more! It was a deep birthing cry that shouted “I am thankful for what I have seen, I am thankful for what I have walked in, but there is more. I am not satisfied to stay where I am. I am not satisfied until I see You like I have never seen you before.” Anything that had fought for the affection of the heart other than complete and utter devotion to Jesus was suddenly falling off. This corporate cry was rising up from all different places in Texas and I heard the Spirit of God say:

The sense of another major monumental shift and breakthrough was upon the people of God in Texas that was going to majorly affect the state of Texas. It was such a deep place of intercession and birthing that was taking place in the lives of believers that was going to mark them deeper than they have ever been marked by the fire of God and the fire of His love, that was releasing yet another branding over the state of Texas. I saw the fire of God branding believers and the words burning in the fire of God were the words “FIRST LOVE”. As believers were being branded by the fire of God, and idols, captivity, lies and chains were breaking off believers with significant increase, I noticed the angel of awakening was standing in their midst. I saw the angel of awakening moving his wings up and down on the decree of God. It was the decree of awakening that has been taking place in Texas but is about to significantly increase.

I then heard the Spirit of God say:

Instantly I was surrounded by a profound sense of a rapid increase of the fire of the first love – Jesus, being majorly increased and poured out all across Texas. The sense of the atmosphere was that Texas would be known for her love, because of the love of the saints. The radical encounters with the fire of God’s love in Texas was going to release a NEW SOUND of the love of Jesus that will be heard in a new and fresh way and louder than ever all across Texas. The Lord has been working deeply for a while to dismantle disunity and things hidden beneath the surface, but I saw this radical release of the fire of His love in such increase it was hemming the people of God in Texas closer together.

I saw the fire of His love sweeping across Texas where cities, communities and those who do not yet know Jesus were being overwhelmed and awakened to the love of Jesus. It truly is harvest time in Texas, and the mark of the harvest will be LOVE. The love of Jesus, such a glorious fire of His love spreading with rapid increase. The sense surrounded me so strongly again of such a major harvest is coming in Texas where fish will literally jump into the boat, drawn by the fire of His love burning brighter and stronger than ever through the people of God.

REND THE HEAVENS AND COME DOWN… THE KING OF GLORY STEPPING IN! IT’S A NEW SOUND OF GLORY

“Oh, that You would rend the heavens and come down,

That the mountains might quake at Your presence—As fire kindles the brushwood, as fire causes water to boil—

To make Your name known to Your adversaries,

That the nations may tremble at Your presence!

When You did awesome things which we did not expect,

You came down, the mountains quaked at Your presence.

For from days of old they have not heard or perceived by ear,

Nor has the eye seen a God besides You,

Suddenly, the Lord took me back to the “new sound of worship” that He spoke to me about coming out of Texas. The Lord showed me as this new sound of worship to the King was rising from the body of Christ in Texas, things were being moved, shifted and prepared in the Spirit. The new sound of worship to the King, one of desperation for MORE, was preparing the hearts of God’s people to RECEIVE HIM in a POWERFUL WAY. It was preparing hearts, preparing churches, breaking limitations, invoking a new level of surrender in the hearts of thousands upon thousands to receive Him in whatever form He comes, whenever He comes and however He comes. The cry for MORE was preparing the body of Christ in Texas to move further into a whole new era, a new era of AWE. The restoration of the fear of God, awe and wonder to the Church.

I heard the Lord whisper:

“So wake up, you living gateways! Lift up your heads, you ageless doors of destiny! Welcome the King of Glory, for He is about to come through you. You ask “Who is this Glory-King?” The Lord, armed and ready for battle, the Mighty One, invincible in every way! So wake up, you living gateways, and rejoice! Fling wide, you ageless doors of destiny! Here He comes; the King of Glory is ready to come in!” (Psalm 24:7-9 – The Passion Translation)

The King of Glory is coming! The King of Glory is coming! Raise your voices, let out the new sound. Be intentional in your worship, engage, sow in, position yourself and allow the Spirit of God to release the NEW SOUND of worship to the King of Kings through you people of God, for your hearts are being prepared, things are shifting and breaking in the Spirit. Angelic hosts are being dispatched as you release the new sound of worship that is bubbling up within you shifting the atmospheres all across Texas to RECEIVE THE KING OF GLORY! He’s coming!

I saw the Spirit of God sweeping across Texas powerfully. He is brooding, hovering and falling in so many places, and so many unexpected places. The Holy Spirit is and is going to continue to show up in so many unexpected places. The Spirit of God is turning up by “SURPRISE” in so many places, even the churches that have not yet encountered His power and the weighty manifest of His presence, suddenly being surprised by His Spirit and power in this season to awaken. Outpouring being released all over Texas and in some of the most unexpected of places. The sense was so strong all around me of the invitation from the heart of God for “all hands on deck.” This move of His Spirit was moving so powerfully drawing the body of Christ from all different areas, denominations and streams together in one accord, deeper unity all for the extension of His Kingdom and His Glory seen. A multigenerational, multifaceted move of the Spirit of God. He is relentlessly pursuing His people, awakening them, awakening the cry for more, and releasing beautiful outpouring. Such a deep cry bubbling forth from the hearts and mouths of God’s people decreeing “GREATER THINGS ARE YET TO COME!!!!”

I saw significant ISAIAH 6 encounters upon the body of Christ in Texas in different areas, different streams, different places, throne room encounters with the King of Kings and Lord of Lords. These Isaiah 6 encounters I saw taking place all across the body of Christ in Texas and it was a SOVEREIGN move of God. He was suddenly taking His people into these deep encounters, to see Him as the King of Glory. Such a beautiful purification, purging, impartation and commissioning was taking place in the lives of God’s people. He had come in His Glory, and was opening eyes to see Him as He really is and that He is going to keep coming – His Glory continually increasing. Blinders, scales, falling off eyes, offences of the heart being melted away by the revelation of His nature. Revelation of His holiness and awe being restored and a significant season of commissioning of His people taking place to arise and shine (Isaiah 60) in greater ways.

The Lord took me back for a third time to the “new sound of worship” that is being released. He spoke again:

“This new sound of worship, it is a WAR SONG ushering in a move of My Spirit bringing forth mass deliverance, healing and freedom in Texas.”

Suddenly I had a vision and I saw again thousands upon thousand upon thousands of believers all across Texas raising their voices releasing worship to the King, it was like I could see different lyrics, different words, but the same sound. It was the sound of VICTORY!!! It was a war song that was ushering in a MAJOR move of the Spirit of God throughout Texas bringing forth mass deliverance, healing and freedom. It was happening WITHIN the body of Christ and then flooding out into communities and towns and cities. Major deliverance, healing and freedom was taking place in the name of Jesus all across Texas. Such a significant, rapid increase of the enemy losing even more ground and such a loud declaration and demonstration that the King of Glory had stepping in. The Warrior King, mighty in battle, had stepped in through His people for the healing and deliverance of the state of Texas. His furious love over Texas burned, I could feel it. His protective love for Texas, that through the WAR SONG being released through the worship of His people to the King of Kings, the greatest breaker anointing of the Spirit of God was being released all across Texas, extending the RESTORATIVE, REDEMPTIVE, HOPE FILLED plans of God into manifestation all across the state.

Lana Vawser has a heart to encourage the body of Christ and individuals in their walks with Jesus; deeper intimacy with Him; and learning to hear His voice. Lana operates in the prophetic and loves to share the heart of God with others. In 2009, Lana wrote her first book titled “Desperately Deep – Developing Deep Devotion and Dialogue with Jesus”. She is a gifted prophet and teacher, and loves to see others grow in all that God has for them.