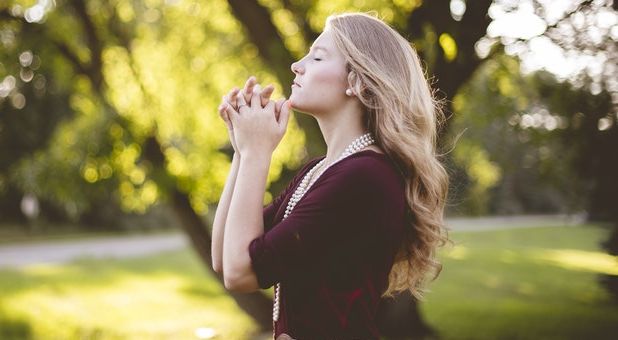 God is raising up the hidden ones.

They blessed Rebekah and said to her, “May you, our sister, Become thousands of ten thousands, And may your descendants possess The gate of those who hate them.” Genesis 24:60

Within this spiritual season many have been crying out for God to send the strongest members of His troops to help them to turn back the battle of their respective gates (Is. 28:6). In facts, it’s been an amped-up outcry because  God is assembling His army in this hour,and  the revealed identity of some of these army members may surprise.

As many of you know, the United States and other nations have  experienced out-of-the-ordinary and untimely weather patterns. Storms, hurricanes, and other spiritual and natural events that have unveiled in some measure the more hidden members of the army of God. But take note, these laborers soon to be released widely into the Kingdom, women and men already active within the Seven Mountains of Influence have been known to God before the foundation of the world. And their spiritual name is Rachel. Yes Rachel. Persons who have long labored quietly yet diligently to great success in God’s Nahor’s (Gen. 24:10). Individuals who populate their respective springs to bring water, compassion, generosity, and refreshment to those near them and to those coming their way.

Many who’ve served in either Apostolic-Prophetic or Pentecostal-Charismatic churches have probably heard prophets or prophetic people say the time would come within God’s Kingdom when the hidden ones, “the nameless and the faceless ones” that very few know would arise. And these would take their place as modern-day John the Baptist’s crying out in the wilderness (Is. 40:3-8) or as Zion’s messengers on a mountain bringing the good news of God to those who need it most (Is. 40:9).

Friends, have you seen or do you know these Rebecca’s? These dedicated and often no-vocational servant-leaders? These fragrant friends of God who are deeply committed to plans and will of God. The first Rachel was destined before the foundation of the world, to found by Eliezer at the well. And find her he did. Beautiful, pure, and happy to be of service to others (Gen. 24:16). And further, ready to be Isaac’s bride. This role would usher her further into transformation and productivity for Kingdom. First, as the spouse of Isaac, a picture of one becoming the Bride of Christ. Next, as the mother of Jacob, the father of Israel’s original 12 tribes; a picture of one becoming physically and symbolically reproductive and bearing fruit that would ultimately expand God’s dominion, power, and authority of God’s Kingdom in the earth. And particularly when it’s needed most.

Eliezer’s, Rebecca’s and Revelations of Them Often Surface During Storms

The Lord first spoke to me about the coming forth of His Eliezer’s and Rebecca’s on the morning of September 3, 2017. At the time, America, and other nations of the world, were glued to their televisions and internet devices, simultaneously astounded and grief-stricken as Hurricane Maria, a powerful Category 4 storm, pummeled Puerto Rico. In fact, that Sunday morning, as my pastor, co-minister and I prayed and positioned ourselves to hear what God was saying to the Church at that time, the anointing that permeated our prayer quickly shifted into a higher gear. And once it did, a soft wind from a southernmost direction blew into my ear. Then I heard the soft voice of the Lord say, “Genesis 24,” the chapter in which the story of Abraham, Eliezer and Rebbeca is found.

For those of you unfamiliar with the prophetic meaning of a “south wind”, the online ministry, Harvest House International out of South Africa, defined a south wind as a “promotional” wind; one that “sets people into high positions.” The definition also referred to the following scripture in the book of Daniel to support it. “Then this Daniel distinguished himself above the governors and satraps, because an excellent spirit was in him; and the king gave thought to setting him over the whole realm” (Dan. 6:3, NKJV).

That’s powerful, isn’t? A man with an excellent spirit! A “preeminent” or “surpassing” spirit according to the Hebrew meaning of the word “excellent” or yattir in the scripture (Strong’s 3493). Then, if this is the case, that God is ready to promote and release even more Eliezer’s and Rebecca’s into the world atmosphere, both of excellent spirits, how then do we pray into more of them rising among us? The following seven prayer points may very well start us on our way.

Karen S. Williams, a prophetic voice, award-winning author, and scholar, lives in Metro Detroit. She is an ordained minister and a staff pastor with Southfield, Michigan’s Good News Christian Center Ministries. Through her God-given Ezra 1:7 mandate, Min. Williams helps to equip women who have suffered adverse life experiences to “pay their personal relationship with Christ, healing, freedom, wisdom, life stories as well as their spiritual and natural gift forward’ as they win other women to Christ. Min. Williams has a regular podcast titled “Miriam’s Cup Messages with Min. Karen Williams”  and has written for “Global Prophetic Voice” , “Spirit Fuel”, and other publications. Follow her or contact her on Facebook at “Miriam’s Cup Messages with Min. Karen Williams” or at miriamscupmessages@gmail.com.