It’s Time To Slay Every Giant In Your Life! 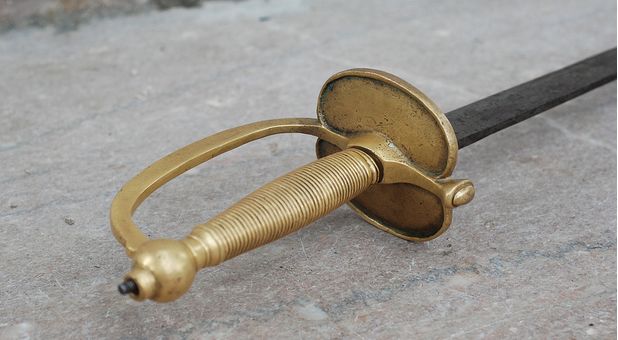 Your bigger than the giant you’re facing.

Do you have a giant in your life – a circumstance or situation that looks bigger than you? Something that seems like it just won’t change or shift? Something that makes you feel stuck or afraid?

If you are a Believer in Jesus Christ, then you are called to be a giant slayer. You are called to be that person that the enemy dreads! Giants can be all sorts of things in your life. It can be finances or debt, family issues, addiction, sickness, depression, a spirit of fear or anxiety, a spirit of slander, or it can be a ruling territorial spirit over a city or nation. Giants always try to intimidate you. They don’t go away until you face them head on.

Whatever giant you are facing, let me encourage you men and women of God: you are bigger than any giant you face. You are taller than any walls that try to entrap you. You can be so full of faith, so full of the power of God’s Word and the life of His Spirit, that no giant can tower over you!

Let me tell you something, the only people who slay giants are those who know that they themselves are giants. Recently, God gave me several keys to slaying every giant that you face. These keys will help you turn the enemy back on his heels!

Greater is He who is in you than he who is in the world. Your God has more power than the god of this world. It’s about perspective. David didn’t see Goliath compared with his own stature, but he measured Goliath up to the stature of God. When you compare your giant with the might and power of the Creator of the universe, there is no comparison!

When David faced up against Goliath, he knew that he had a covenant with the living God, and Goliath did not. Jesus died on the Cross to give you the victory, but you have to really know that in your heart. You have to understand that God destined you for greatness, He destined you for victory!

“Then David spoke to the men who stood by him, saying, ‘What shall be done for the man who kills this Philistine and takes away the reproach from Israel? For who is this uncircumcised Philistine, that he should defy the armies of the living God?'” (1 Samuel 17:26)

In the book of numbers, Joshua and Caleb explored the land flowing with milk and honey. Even though their companions feared the giants, saying, “We were like grasshoppers in their sight,” Joshua and Caleb said, “We are well able to take the land.”

“Only do not rebel against the Lord, nor fear the people of the land, for they are our bread; their protection has departed from them, and the Lord is with us. Do not fear them.” (Numbers 14:9)

“Now Eliab his oldest brother heard when he spoke to the men; and Eliab’s anger was aroused against David, and he said, ‘Why did you come down here? And with whom have you left those few sheep in the wilderness? I know your pride and the insolence of your heart, for you have come down to see the battle.'” (1 Samuel 17:28) “And Saul said to David, ‘You are not able to go against this Philistine to fight with him; for you are a youth, and he a man of war from his youth.'” (1 Samuel 17:33)

There will always be voices – whether in the natural or the voice of the enemy – which will try to convince you that nobody has ever taken on this enemy before. Voices will tell you that people better equipped than you haven’t even been able to accomplish this, that people stronger than you, more experienced than you weren’t able to do it, so there’s no way someone like you will be able to do it!

There will always be voices that try to discourage you. Listen, child of God: the only voice that you should be listening to is the voice of the Holy Spirit, the Spirit which leads into all truth! This year, I declare that you will succeed in all your endeavours! You are free from the bondage of the enemy, and the chains of intimidation are broken off of your life! May new winds be assigned to your life, winds of acceleration, winds of peace, and winds of change!

“Behold, I will do a new thing; now it shall spring forth; shall ye not know it? I will even make a way in the wilderness, and rivers in the desert.” (Isaiah 43:19)

May this be a year of breaking every chain!

Jesse and Amy Shamp are a powerful evangelism team based in Nashville, TN and the founders of Spirit Word Ministries International. Their mission is to edify and equip the Body of Christ for the work of the ministry. Signs, wonders, and miracles follow their ministry, and they often receive powerful prophetic dreams from God for the Church. They are committed to crusade evangelism and are passionate about bringing in a harvest in the nations.  www.spiritwordministries.net