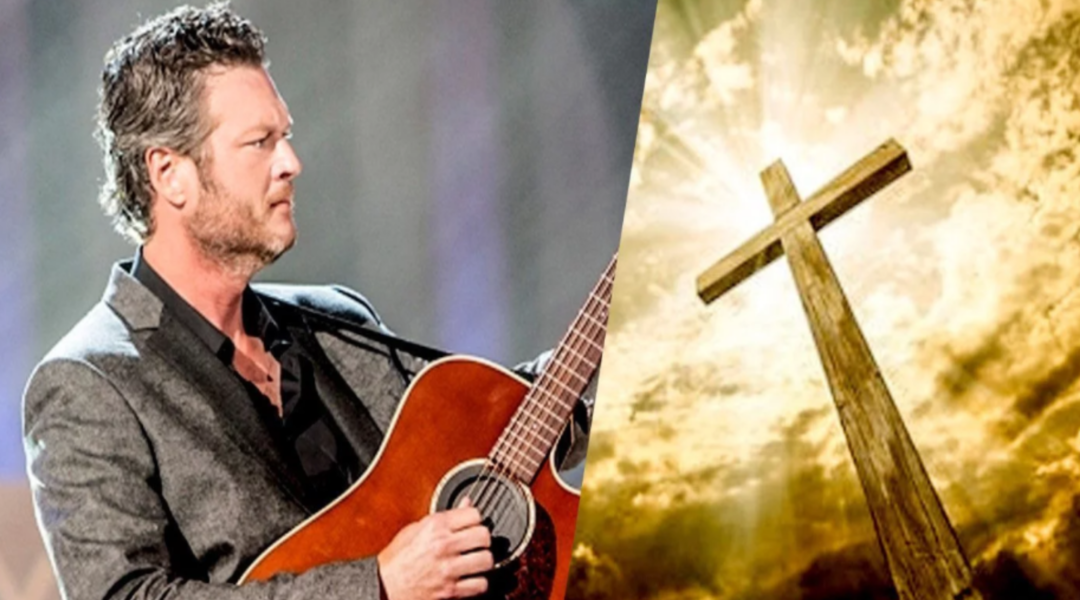 God loves when we use music to sing songs of praise to him! Many of the artists in today’s secular music industry have used this beautiful gift to sing about things that are, frankly, less than beautiful. So, that’s why it’s always nice to see a popular secular musician bring the themes of faith into their songs!

Blake Shelton is a talented country singer that has won the hearts of so many all over the world. His soulful voice and smooth guitar playing make all the ladies swoon and all the gentlemen sing along. Now, the hit musician has another chart-topping album on his hands, but this one has a specific song that blatantly talks about his faith. The song is titled “Savior’s Shadow” and it is the final track on his album “If I’m Honest”. The song is also being referred to a 21st-century hymn. Warner Music Nashville had released the song to both country and Christian radio on April 11, 2016, and it’s been turning heads ever since. This song is about more than just faith, it’s about Shelton’s story. He wasn’t sure if this particular song would be a hit, but he wanted to release it anyway. “I’m not trying to get a No. 1 song out of this,” says Shelton. “I just feel like it needs to be shared with everybody. I feel like people need to be aware of this song for whatever it might mean to them.”

This song is a reflection on some of the hardest times of Shelton’s life.  The singer’s relationship with his then-wife Miranda Lambert was crumbling, and he said that the words “I feel the rain, I hear the thunder/As He cries for me” became a powerful source of strength.  “That’s when it became apparent that, you know, things weren’t going to work out with my marriage,” he says. “We both knew that it wasn’t going to work out, and I was walking around, randomly singing that song to myself, and somehow it would make me feel better. At first, I thought it was that I’m so sad and pitiful that even God feels sorry for me and He’s crying for me. And then I thought, ‘No, it’s just that He’s on this journey with me and He’s walking with me.’”