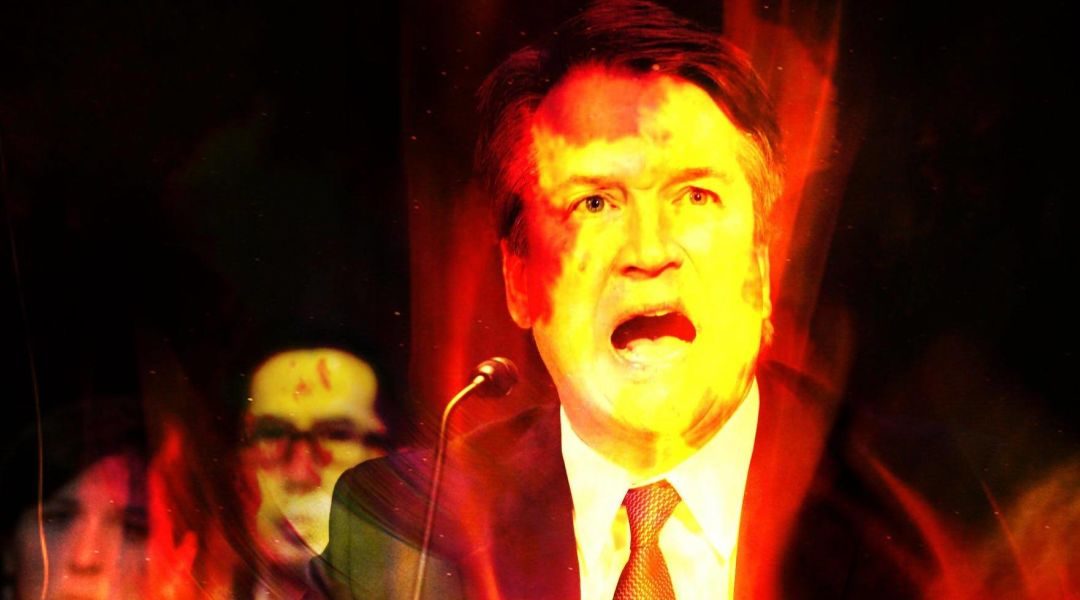 Witchcraft season is upon us—a time of year where the world celebrates darkness and witches form demonic companies to celebrate dark forces. One example is making secular media headlines: Brooklyn witches are banding together for a rushed ritual to hex, vex and curse newly-minted Supreme Court Justice Brett Kavanaugh in an event straightforwardly called: “Ritual to Hex Brett Kavanaugh.”

Hexes are a form of witchcraft. As a verb, it means “to bewitch; practice witchcraft on,” according to Dictionary.com. But again, hexes work in the realm of bringing “bad luck.” The world may call it bad karma or bad joo-joo but it’s a wicked power based in witchcraft.

Catland Books, a metaphysical boutique and event space in Brooklyn, is organizing an event called Ritual to Hex Brett Kavanaugh on Oct. 20. Catland Books bills itself as a venue that serves occultists, yogis, pagans, mystics, thelemites, witches, chaotes and the like.

Catland has turned to Eventbrite to get the word out about the wicked event and at $10 a ticket, could make a tidy profit from the stunt. The Eventbrite registration page, with all its misspellings, reads:

“Please join us for a publich hex on Brett Kavanaugh and upon all rapists and the patriarchy which emboldens, rewards and protects them. We will be embracing witchcraft’s true roots as the magik of the poor, the downtrodden and disenfranchised and it’s history as often the only weapon, the only means of exacting justice available to those of us who have been wronged by men just like him.

“He will be the focal point, but by no means the only target, so bring your rage and all of the axes you’ve got to grind. There will also be a second ritual afterward – “The Rites of the Scorned One” which seeks to validate, affirm, uphold and support those of us who have been wronged and who refuse to be silent any longer.”

Catland vows to give 25% of the proceeds to Planned Parenthood, further spreading an agenda of evil and death. The Eventbrite listing is sold out, but the group has also promoted it on Facebook. Nearly 1,000 say they are going and nearly 10,000 are interested as of the time of this writing.

In Galatians 3:1, Paul the apostle wrote, “You crazy Galatians! Did someone put a hex on you Have you taken leave of your senses? The Greek word for “hex” in this verse is “baskaino.” In this context, it means “to charm, to bewitch,” according to The KJV New Testament Greek Lexicon. But other lexicon definitions offer more insight: “to speak ill of one, to slander, to traduce him” and “to bring evil on one by feigning praise or an evil eye.”

That’s telling! When someone slanders you, they are hexing you! Traduce means “to expose to shame or blame by means of falsehood or misrepresentation” or “violate, betray,” according to Merriam-Webster. An evil eye is “an eye or glance held capable of inflicting harm.”

You’ve heard it said, “If looks could kill, I’d be dead on the floor.” Many trace the origin of this phrase to dark literature, specifically Bram Stoker’s Dracula, which was published in 1897. Dracula says, “If ever a face meant death—if looks could kill—we saw it at that moment.” I imagine Jezebel offered a deadly look to Jehu to accompany her hex on Jehu as he came to dethrone her and put an end to her witchcrafts.

Proverbs 10:10 tells us, “He who winks with his eye causes trouble…” As you can see, hexes are certain form of witchcraft with a specific purpose.

Praying for Kavanaugh and Yourself

Witches are rising up with boldness to hex public officials. A band of witches set out to destroy President Donald Trump after he was elected. As you can see, the hex failed to take hold.

But that doesn’t mean we shouldn’t pray to break it. In fact, I’m convinced the curses and spells cast on President Trump fail to land because of our prayers. Now is the time—especially in this season—to pray and push back darkness. Here’s my prayer:

Father, in the name of Jesus, I thank You that the curse causeless shall not come against Kavanaugh or myself. I break the power of hexes, vexes, spells, evil decrees, potions, black magic and every other expression of witchcraft spoken against Kavanaugh, myself, my family, my businesses, my ministries and everything that pertains to me, in Jesus’ name. I plead the blood of Jesus over Kavanaugh and myself and all that concerns me, in Christ’s name. I ask You to send warring angels to fight on my behalf against the rulers of darkness and other demonic entities that stand against Your will in my life and in this nation, in the name of Jesus.